Both Indiana and Arkansas faced vitriol and hate from LGBTQ&c. H8 groups.  They buckled under this onslaught of freedom-hating fascists, but ultimately dealt with this onslaught quite differently. 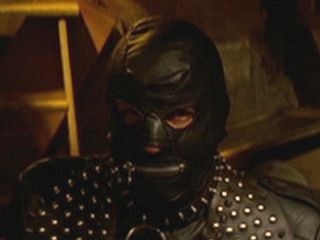 In other words, one’s religious freedom is null and void when a locality declares that in the name of “equality” one persons can be forced to violate their religious beliefs without even the chance to plead their case, while others are given full license to oppress religious belief.  In effect:

“Sexual orientation and gender identity laws do not protect equality before the law. Instead, they create special privileges that are enforceable against private actors.”

The Republicans in Indiana now have the status of a Gimp:

“On culture-war matters, Republicans need a spinal transplant. If the mainstream media and the social-justice warriors (but I’m being redundant) kick a bit of sand in their faces, they retreat — even from popular positions.

“The conservative grassroots have greater real-world power than leftist bullies. As of the moment I’m writing this blog (the numbers are skyrocketing by the hour), the gofundme page launched to relieve the financial losses to Memories Pizza — after it was forced to at least temporarily shut its doors in the face of leftist threats — has raised $502,000 in just one day. The new cultural reality is that leftist ‘social justice’ attacks now trigger overwhelming conservative responses — from the Chick-fil-A ‘buycott,’ to the failed attacks on Hobby Lobby, to the standing-room-only crowds at American Sniper. The political battlefield isn’t the only battlefield.”

In contrast, Arkansas dealt with the pressure from Ernst Röhm wannabes far better:

“It appears… that the Arkansas legislature handled the issues better than the Indiana one. The text says that the law should be interpreted consistent with the federal Religious Freedom Restoration Act and its judicial interpretation. The federal law has been read to cover businesses and, in most circuits, to cover litigation between private parties if that litigation invokes federal law. Those were the two ways the Indiana law supposedly ‘expanded’ federal law. The Arkansas law seems to retain those features but make it impossible to describe it as more extreme than the federal law.”

Thus, Arkansas got most of the protection for religious liberty that they wanted, without becoming a gimp for Ernst Röhm style fascist H8rz of freedom.

One out of Two ain't bad!