Apparently White women using chopsticks or other such hair apparel are being evil oppressors for “culturally appropriating” East Asian cultures. 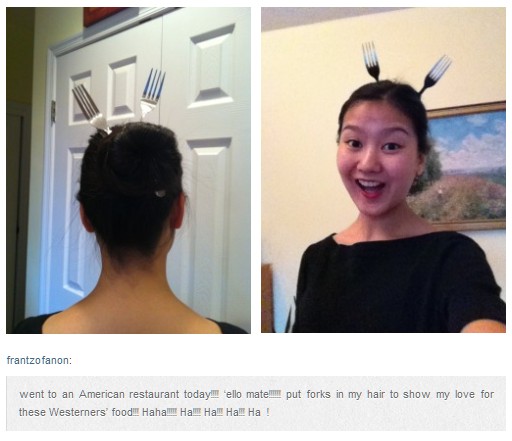 Disney beat her to it:

A few quick responses of sanity:

This entry was posted in Progressives and tagged FacePalm, FAIL, Lulz, Social Justice. Bookmark the permalink.