In reality, gender is another word for biological sex.  It could also be described as the physical and actual physiological differences between the sexes.  For some, however, gender is just what mood they are in when they wake up. 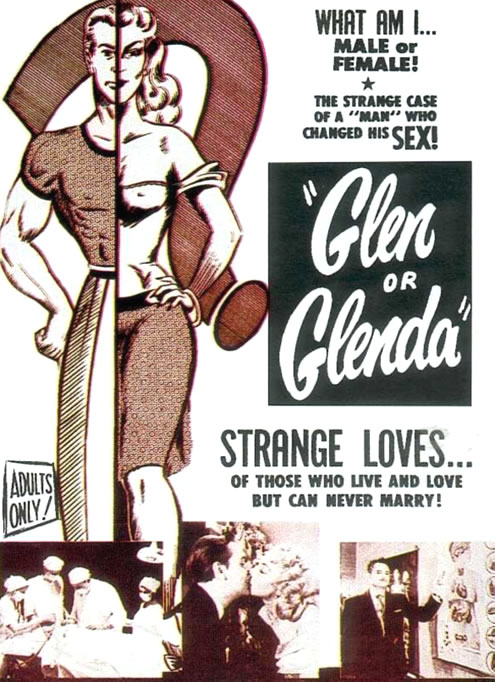 “Waking beside her boyfriend each morning teenager Krystal Griggs never knows what mood he’ll be in.

“But rather than predicting good or bad, the 18-year-old has to choose between male or female.

“For Ryan Wigley is bi-gender. He faces the difficult choice every day of whether to dress as a man or woman.

“While most people need only pick from a selection of dresses, or smart shirts, he has rails full of both.

“His outfit choice will depend on which gender he has woken up feeling like that day.

“Half the time the 22-year-old from Kent rouses feeling like a woman, Ria, the other half, he feels totally male.

“And sometimes, he gets the urge to shift gender during the day.”

Not everybody this gender-confused man has known enables him:

“‘I opened up to my first girlfriend at 16, and she was understanding at first,’ …[Wigley] said. ‘But she spoke about it like it was a problem that needed to be dealt with.'”

If a person has multiple personas, they are usually told to seek professional help.  Notice, however, that when those multiple personas involve gender-bending, it can (in many places) be a crime to try to get people the help they need.

“‘He definitely has two personas,’ …[Griggs] said. ‘I can tell straight away when it’s Ryan or Ria with me, there’s different mannerisms.

“‘Ryan is much more slouchy and like a guy, but Ria has an effeminate manner, plays with her hair lots and is quite dainty when she’s walking.'”

It’s only a matter of time before this man starts waking up with additional “genders”.

This entry was posted in Uncategorized and tagged FacePalm, FAIL, Gender. Bookmark the permalink.