A Question for Ross Miller

@ThePoliticalHat really? profiting off encouraging people to fantasize about violently murdering those with divergent political views?

With such dedication to stomping on the 1st Amendment in order to protect zombies (and presumably other fantasy monsters), will Ross Miller complain about the game “Battlefield Hardline” where you have the opportunity to kill members of… the Tea Party? 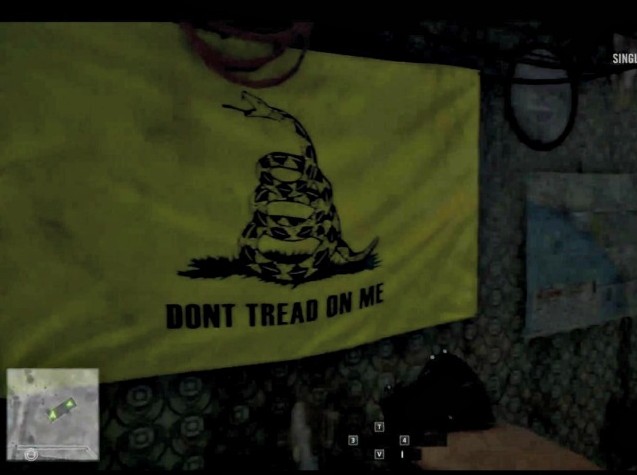 Screengrab of the game on Breitbart

“When finding evidence in a trailer that your captors are connected to the construction or sale of a missile, the player character remarks, ‘Looks like your old friends have gone way past bank robbery.’ Marcus replies, ‘One black president and Tony completely lost his shit,’ as a Gadsden flag, a symbol of the Tea Party movement, is displayed prominently on the wall.”