Baroness Sayeeda Warsi, who served in the British cabinet at Minister for Faith and Communities, resigned over the British government’s stance on Israel.

With deep regret I have this morning written to the Prime Minister & tendered my resignation. I can no longer support Govt policy on #Gaza

Of course, here her connection with radical Islamist party Hizb ut-Tahrir probably didn’t have anything to do with her stance that Israel should just stop being meanies by not letting Hamas commit genocide.

Looks like Britain’s Labour Party is courting Warsi, or at least the “kill-all-the-Jews” crowd.

I think Baroness Warsi has acted with principle & integrity. People around Britain have been shocked by the suffering we have seen in Gaza.

Both her statement and Cameron’s response are below: 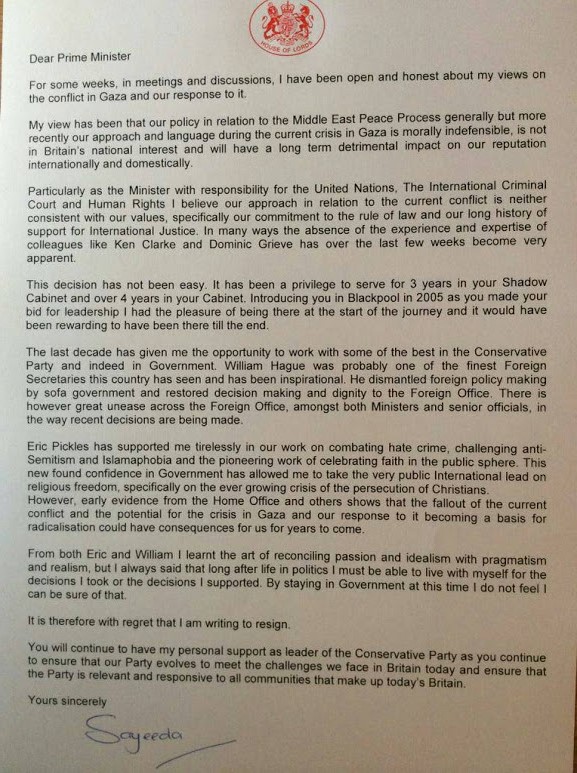 Warsi's statement on her resignation via Breitbart

This entry was posted in Uncategorized, War & Terror and tagged Europe. Bookmark the permalink.