“Laws to suppress tend to strengthen what they would prohibit.  This is the fine point on which all the legal professions of history have based their job security.”

Remember “Fast & Furious” where Eric Holder’s Dept. of Justice just lest a bunch of guns fall into the hands of the Mexican drug cartels?  Turns out that California state Senator Leland Yee makes him look like a poseur… aside from his arrest by the FBI.

Leland Yee was the second most powerful member of the California state Senate, and represented a district with more people than a Congressman.  He was a vehement supporter of gun control measures including registration, bans on 3D printing, and other such evil measures.

Aside from the usual corruption of the Democratic party in San Francisco (where raping babies is considered morally acceptable), Yee was arrested for his involvement with Chinatown gangster Raymond “Shrimp Boy” Chow and apparently also the Ghee Kung Tong Freemasons.  Yee tried to help facilitate illegal arms trade including rocket launchers… including for Jihadi groups.  Congratulations Sen. Yee, you have single-handedly affirmed the bulls**t racist accusations those of Chinese dissent in America have suffered! 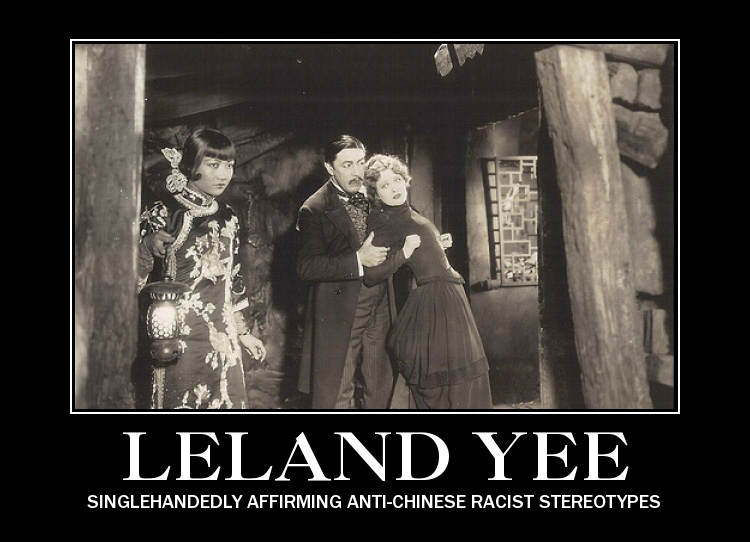 Yee, interestingly enough was running for California Secretary of State and was considered the front runner!  Now, he is out on $500,000 bail.

Frighteningly, he is but the THIRD Democratic state Senator in California to be arrested or convicted recently.  Both Sen. Rod Wright and Sen. Ron Calderon preceded him, and have taken a “paid leave of absence” which means they could return at any time.

Any bets that Yee will join them?

As sad as it is, Yee seemed hell-bent on validating that old racist movie “Old San Francisco” while concomitantly acting out the plot of the Gunsmith Cats anime.