California is now considering a law to require that all new smartphones and tablets become equipped with “kill switches” that would make the devices inoperable.

“Citing skyrocketing thefts of smartphones and tablets, officials proposed Thursday that California become the first state to require the devices to be sold with “kill switches” that render them inoperable when stolen.

“[State Sen. Mark] Leno said he would propose that all new smartphones and tablets sold in California starting Jan. 1, 2015, have a kill switch or other protective feature.”

Despite the usefulness of thieves, nothing is ever offered without a distinct downside.  The downside being that there isn’t any technological barrier against phones and tablets being “killed” for whatever reason the companies, or even that state, desire. 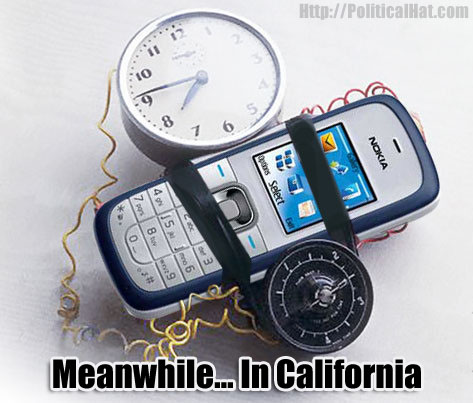 During the Arab Spring, the use of cell phones to communicate and organize demonstrated a way people could stand-up against their own governments effectivly.  Sound impossible here?  The IRS getting away with targeting Tea Party groups and a President suspending the law on a whim seemed impossible once as well.

It is laws like this that will be used to make the rope for us and for liberty.  Don’t give it to ’em.

This entry was posted in Uncategorized and tagged Democrats, Leviathan, Mood Music. Bookmark the permalink.