Boys are Boys; Girls are Girls

Posted on February 7, 2014 by The Political Hat 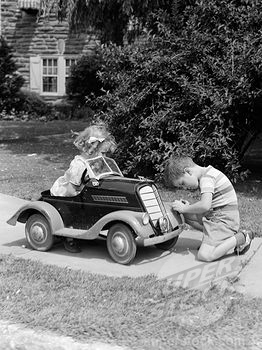 As author Sarah Hoyt points out:

“If you told any feminist that in a school system most teachers were men, the learning style was competitive/non cooperative – designed for most boys over most girls – that it required them to do things – instead of just reciting things – that it was designed for male development milestones and that most male teachers had been taught girls were bad/lazy – and girls were failing in record numbers…  They’d be up in arms.

It’s a double-standard, but such hypocrisy has become frighteningly the norm.

This entry was posted in Education, Progressives and tagged Gender, Science. Bookmark the permalink.

One Response to Boys are Boys; Girls are Girls