“Once the government approves something, it’s no longer immoral!”

The law has a normative value.  The only question is whether the law is to be used to impose a moral order, or simply reflect the reality of the extant moral order?  To paraphrase Mark Twain, in America we had the freedom to do what we wanted, but the wisdom to choose correctly.  It is a rare thing, and one which is quickly dissipating into history.  Freedom without any limits is not freedom, but a prelude to chaos. 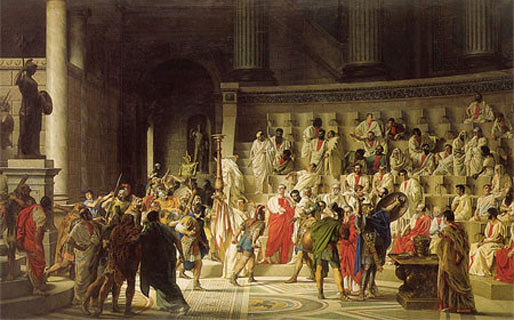 We all need limits. It used to be that those limits were taught to us as children. For when that failed, society would serve as a check on bad behavior. Government was only rarely necessary.  Now-a-days, people increasingly have no internal limits, and society is increasingly validating it. Regardless of whether the government acts as a limiter or not, liberty will be lost.

“Seek freedom and become captive of your desires.  Seek discipline and find your liberty.”

The only taboo now-a-days seems to be to hold taboos.  The “if it’s good it should be legal; if it is bad is should not” dichotomy is an old one. To a large extent our society has been able to avoid that because social pressures and self-restraint of individuals, resulting in the government having a relatively limited reach — society regulated itself.

The Left is using “do as thou wilt” as an excuse to destroy social values and replace it with their own.  The ides of restraint, even self-restraint, are thrown away and the only restriction is to abolish the idea that there ought to be restrictions of any sort.  The hypocrisy of this is manifest: You can think and do whatever you want, just as long as it is consistent with doing and thinking whatever it is they want.  Such ideology is unlibertarian and anti-liberty, becoming then a statist, and anti-freedom tool.

Consequences are, and ought to be, social in nature — not governmental.  Certain behaviors are beneficial, while others are detrimental. A society where detrimental ones are the norm will not last long and liberty will be lost as society evolves to a state that is far less free, though at least stable. Moral norms can’t be created by the government; the law can at best be conducive towards them, but can never actually impose them. What we are seeing now is a tiny self-selected Leftist elite consciously imposing their moral views on others.

Individuals upholding said beneficial moral norms results in a society that leaves themselves free from imposition of the state. If not individually held, than society serves as a bulwark of those beneficial moral norms. If recourse to government becomes necessary, then liberty is tenuous, and eventually will be lost if relied upon as the primary bulwark.

Detrimental behaviors having negative social consequences is something that has become considered oppressive.  Thus, holding that those detrimental behaviors is wrong is turned into a behavior that becomes unacceptable in society, and therefore has negative social consequences, the existence of which is considered good and proper.

Liberty is not simply the lack of government at the moment. Social conditions must be conducive towards it. Without it, it becomes anarchy, and will be replaced with something that provided some type of order. Think of it as a pool: You can’t swim however you want unless there is a pool keeping the water in which you can swim.

Society, optimally, ought to be the free actions of free individuals.  You are free to do as you like, and other people are free to view you as they see fit.  Both are free to interact with each other by mutual assent; neither ought to impose on the other.

The major problem is that the Left, at its core, it about transforming society and imposing the social equivalent of Intelligent Design on society. Social norms change, but they are evolutionary where good changes are perpetuated and bad ones are left on the evolutionary dump-heap. The Left want to throw that out and impose their own ideology that has no bearing with reality, and will not — can not — work.

The danger is when the government comes in an protects and subsidized those bad choices, shielding from any negative view of society. People become dependent on society. That leads to a government that supports that dependency… and the loss of true freedom.

For example, “anything goes” sexual mores have resulted in the destruction of the family, fatherless children, women who replace men with the government as a means of support, feral youths, directionless man-children, &c. All of those things result in the government taking over functions that were previously private, and with the government imposing itself it grows its own power, to be used by those who hold the reigns of power. This destroys liberty.

So yes, the government having laws that are supportive of those beneficial mores, and simply reflecting and supporting them (rather than inventing them and imposing them from upon high), may result in a society that is far more free than a government that protects and subsidized those detrimental mores under the guise of “anything goes freedom.”

The great thing about America was that, more than any other country, beneficial social mores existed while still being able to be tolerant of others. But this has been used in a twisted way to push intolerance of those beneficial social mores. Tolerating people who engage in oral sex or same-sex relations is a good thing, but by condemning those who disagree (who are still being tolerant of others rights to do as they wish), the beneficial social mores become not only socially unacceptable, but illegal – any some florists, photographers, and bakers could tell you. Rather than more freedom, we have our taboos moved from dissuading detrimental things to dissuading beneficial things, which will inevitable destroy true freedom.

One of the problems with the theoretical-loving “true libertarians” is the idea that if you arrange society correctly, a utopia or otherwise successful and free society will magically appear. This is the same fallacy that is supported by Rousseau, the Jacobins, and their intellectual decedents descendants including the Progressive movement. This is the social equivalent of Intelligent Design.

As Burke noted, change is fine and good. If there is something unjust, then forcing a change is good. However, destroying everything and replacing it with the musings of some Leftist “intellectual” invites destruction and loss of freedom.

Times of liberty are rare throughout history, and can only exist when social mores and folkways are just right. When seeking freedom, be careful that you do not end up helping those who wish to destroy that.

One Response to Morality and Normative Law