Posted on November 5, 2013 by The Political Hat

Two students who lived far apart committed suicide, one after killing his teacher.  The connection between the two?  Both watched anti-bullying videos promoted by their schools, and some are blaming the videos for pushing the students over the edge. 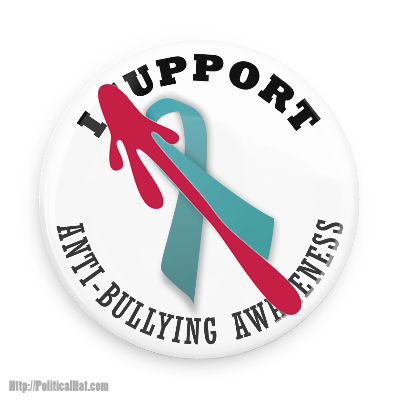 An Illinois mother of one of the students said:

Another student, this time in Nevada, watches a film that “depicted two stories in which bullying drove one student to commit suicide by hanging and another to bring a gun on a school bus.”  This is a very disturbing parallel with the case in Nevada.

The videos did not induce the students to kill themselves anymore than a Judas Priest or Ozzy record would.  However, it is not beyond reason that “it can affect people, especially kids that are in a dark place.”  These kids who killed themselves most likely has serious problems before bullying or anti-bullying videos crossed their paths.

This just underscores that as well meaning as they might be, schools and even parents do not fully understand  what they are doing with their anti-bullying crusades and programs.

Perhaps they should focus less on the occasional altercation, lack of affirmation, or verbal negative feedback, and more on those kids who have serious underlying problems.  After all, when a kid wants a way out, the worst thing to do is to show it to them.

But then, how would they bullies who masquerade and anti-bullying advocates gain the accolades and emotional exuberation of knocking kids down a peg or two?