California’s, and to a great degree America’s, breadbasket is the Central Valley.  It is one of the state’s largest industries, but also the type of work that the coastal elite and the Silicon Valley/Hollywood axis dismisses as being something for the poor serfs to do.  The Central Valley is increasingly becoming a real life equivalent of the first Mad Max movie, and all the environmentally obsessed elites care about is denying the farmers the water they need to grow their crops all in the name of saving an endangered fish the locals refer to as “bait.” 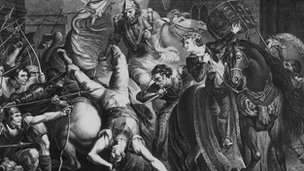 The Left in California have gained their power by establishing a death grip on Hispanic voters, and then abusing actual Hispanics.  For example, new proposed legislation “would allow farmworker unions to request state mediation whenever a contract expires, thus obliterating collective bargaining. Unions often prefer mediation because they don’t have to negotiate with management, and workers don’t get to vote on the final contract.”

Unsurprisingly, when the Hispanic workers stood up against the union bosses in Sacramento, they were shut down by the elite.  In one such case a longtime farm worker “requested that he and 15 other workers be allowed to participate or at the very least observe the mediation, which under state law is ‘on the record’ and should be open to the public. The state board denied the request, ruling that the workers were represented by a committee of employees handpicked by the union.”

Progressives in California keep their power because they turn the Hispanics against hardworking Whites using hyperbolic claims of racism and oppression.  In truth, it is the Progressives who are crushing both Hispanics and Whites in the Central Valley.  If they were ever to combine forces against the rich and lordly Progressive elite, than the Progressives’ grip on power would be endangered.  But could such a thing come to pass?  If the results in a California state Senate special election (with 60% Hispanic population compared to a 22% White population) are any indication, then the answer is YES.

Farmer Andy Vidak won a special election to the vacant 16th state Senate district.  Though this was a special election with low turnout, with results that may not be indicative of a general election turnout, his election was not though possible due to the huge voter registration lead of his opponent, who was also Hispanic.  How did Vidak win?

“Vidak ran broadly on ‘the bifurcation of California: the coastal liberal elites versus the Valley folks.’ On a more local level, Vidak’s theme of ‘fish versus farmer’ resonated with Democrats in a District where the unemployment rate is 15% and as high as 30% in some communities in the District. Vidak reminded voters that liberal environmentalists, in order to protect fish, only allowed farmers to receive 20% of their water allocation, crippling the region’s economy. He also stressed that [his Democratic opponent] Perez supported the state’s high-speed rail project that would have razed business, farms, and homes in the District. Because she supported the agenda of coastal elites and Democrat interest groups, Perez was able to raise twice as much money as Vidak, but 16th District voters ultimately rejected her liberal policies.”

While such a Democratic seat might not be long held by the Republican Vidak, it shows that Hispanic majority districts can be won by those who have common cause with the residents against the elitism and aloofness of Coastal gentry.

Perhaps there is hope yet, even in California.

This entry was posted in Elections, Progressives and tagged Democrats, GOP, Kyriarchy, Unions. Bookmark the permalink.