Secretary of the Interior Sally Jewell has come out and said that those who work for the Interior Dept. should NOT question the assumption that human activity is causing total ecological DOOM, and stated that “I hope there are no climate-change deniers in the Department of the Interior.”

Of course, the models that forecast ecological annihilation have been, and are continuing to be, spectacularly wrong.  Even most geoscientists reject the idea that human activity is the prime mover for climate or that we are DOOMED because we filthy humans besmirch glorious Gaia.

The roots problem is that science is never settled.  If it were, we would still be practicing phrenology! 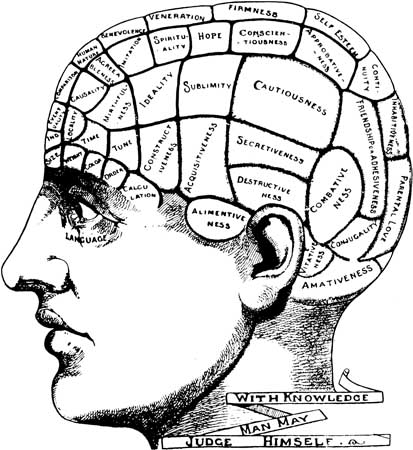 The Science is Settled

Doubt is the core essence of science:

“Michael Faraday warned against the tendency of the mind ‘to rest on an assumption’ and when it appears to fit in with other knowledge to forget that it has not been proved.”
— quotes by W. I. B. Beveridge in The Art of Scientific Investigation, 1957

Those who do not doubt, are the real anti-science “deniers.”  Obama’s “Organizing for Action” got into the action declaring that “Climate change is real. #ScienceSaysSo.”

There were plenty of other things that “science” once declared settled:

"Disease is caused by a toad or a small dwarf living in the stomach, because #ScienceSaysSo" ~ Theodoric of York | http://t.co/HIph6dLNAY

"The sun revolves around the Earth, because the #ScienceSaysSo" – Claudius Ptolemy pic.twitter.com/BhMHve5yN0

Sadly, some people never learn to get over their own hubris.