The Vanguard of the War Against Western Civilization

Roger Kimball over at PJ Media makes a succinct but incredibly accurate insight on the modern day nature of institutions of higher education:

“The problem is that they are part and parcel of a concerted assault on the fundamental civilizational values of our culture. By some strange process of moral entropy, those institutions which had been the bearers and preservers of our cultural inheritance have mutated into its deadly enemies.”

The propagation of our own culture, its folkway and more, is one of the fundamental and integral aspects of its continued survival.  The Progressive left seek to destroy that, so as to impose their own delusional visions of utopia.  The “long march” through the institutions has resulted in our institutions of higher education going completely widdershins.  Universities and colleges have increasingly become monocultures of the Progressive left’s dreams. 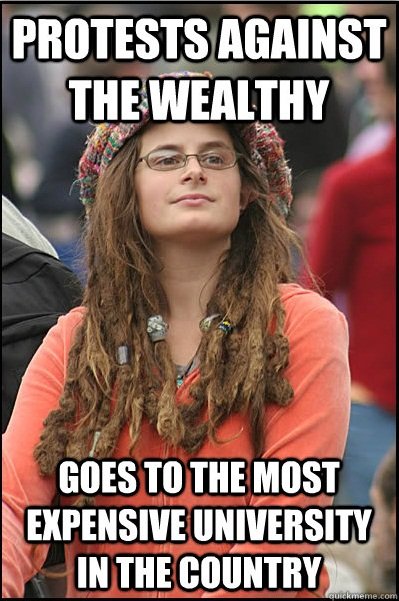 Rather than teach the root of our own cultures history, our advancements in science and art, colleges have become transveyors of the values that seek to destroy our culture, science, and art,” as pointed out by Mr. Kimball

“[Williams college] sponsored ‘Worlds of Wonder: The Queerness of Childhood,’ an ‘interdisciplinary workshop’ that basked in the imprimatur of a dozen college entities from the Dean’s office to the ‘Committee for Human Sexuality and Diversity’ and the ‘Queer Student Union.’ Among the festivities were ‘Lessons in Drag,’ a performance piece, and papers on such pressing subjects as ‘Queering America’s Progress Narrative: The California Ruins of Leland Stanford Jr.,’ ‘What Does it Mean to Be an Adult if We Queer the Child? Laws of Consent in Comparative Perspective,’ and ‘Sex Panics, Child Prostitutes, and Global Sporting Events, or: How to Save a Sexually Precocious Child and Get a Luxury Hotel for Free.'”

From the paragons and conveyors of our civilization, institutions of higher learning have become the vanguard for the war against the same.