Not the Right Race at Columbia 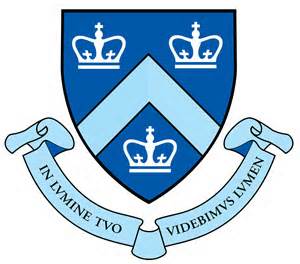 A recent kafuffle has arisen at Columbia University.  The Lydia C. Roberts fellowship is restricted to those “of the Caucasian race,” and Columbia is seeking to abolish that restriction.  The full restriction for the fellowship, as defined by the benefactor, are:

“Only white men and women born in the Hawkeye State could be considered for the fellowship. Other stipulations included not allowing students to study law, medicine, dentistry, veterinary surgery or theology. All fellows would also have to move back to Iowa for a minimum of two years after graduating.”

Indeed, the restrictions are outdated.  But the idea of excluding people based on their race from receiving a fellowship ought to be condemned regardless of the specific race.  Such fellowships that are restricted to “the Caucasian race” should be treated no differently than a fellowship that is restricted to any other race.

It is problematic, though, that the university is seeking to change the requirements of the fellowship, first awarded in 1920.  It was Roberts’ money, and she could impose any restriction she chose.  If a university can simply change any parameter they like, people might be less likely to set-up fellowships or scholarships with any restrictions whatsoever for fear they may be unilaterally changed in the future.

Columbia, if it does not want to grant the fellowships with the requisite restrictions, ought to return the money to Roberts’ heirs or descendants (assuming any are living and can be found).

There are also fellowships restricted to LGBTQ students and also to women.

Laudably, there are fellowships that though aimed at certain racial or ethnic communities, are nonetheless still open regardless of race.

The main argument for some racially restrictive fellowships, but not others, is based on the idea of “privilege” where society is so racist that non-whites will only have a chance if whites are specifically excluded.  The idea that society in inherently racist and that “correct” racial inequality under the law is thus always acceptable is an easily dismissed one. Oh, the irony of the “discrimination” where it is considered discrimination if people think that men and women are not the same, but is not considered discrimination if you treat people unequally on the basis of race!