Health and Human Services Secretary Kathleen Sebelius has been “encouraging” health care companies to fork over wads of money to further the implementation of Obamacare. 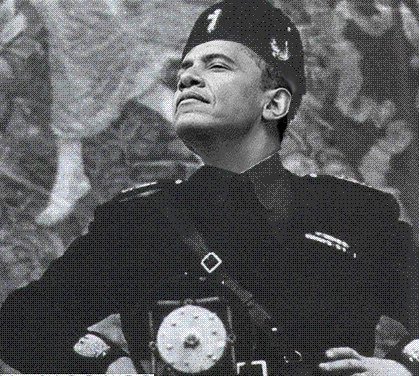 This goes far beyond the usual excuse of a “public-private” partnership.  Obamacare gives Sebelius broad discretionary power.  With such potentially arbitrary and capricious exercise of that power, these companies are under intense pressure to not displease their regulatory overlord.  The breadth of her power is shocking:

“There are more than 2,500 references to the secretary of HHS in the health care law (in most cases she’s simply mentioned as “the Secretary”). A further breakdown finds that there are more than 700 instances in which the Secretary is instructed that she ‘shall’ do something, and more than 200 cases in which she “may” take some form of regulatory action if she chooses. On 139 occasions, the law mentions decisions that the ‘Secretary determines.’ At times, the frequency of these mentions reaches comic heights. For instance, one section of the law reads: ‘Each person to whom the Secretary provided information under subsection (d) shall report to the Secretary in such manner as the Secretary determines appropriate.’

“The powers given to Sebelius are wide ranging. In the coming years, if she remains in office, the former Kansas governor will be able to determine what type of insurance coverage every American is required to have. She can influence what hospitals can participate in certain plans, can set up health insurance exchanges within states against their will, and even regulate McDonald’s Happy Meals. She’ll run pilot programs that Democrats have set up in an effort to control costs, and be in a position to dole out billions of dollars in grant money.”

Of course, Sebelius has been caught illegally fundraising before, so let it not be said that she does not have insufficient experience at it…

Rather than these events being aberrations, they are the fundamental governing philosophy of the Obama administration, one that, it could be said, sees that the state “lays claim to rule in the economic field no less than in others; it makes its action felt throughout the length and breadth of the country by means of its corporative, social, and educational institutions, and all the political, economic, and spiritual forces of the nation, organized in their respective associations, circulate within the State.”  It is a philosophy where the state “a spiritual and ethical entity for securing the political, juridical, and economic organization of the nation.”

This is the philosophy of corporatism, where the state divides people into different economic units, and then subsumes their will into its own, for the state’s own ends and machinations.  Since this philosophy conceives “everything within the state, nothing outside the state, and nothing against the state,” people can only benefit if the states provides those benefits.

This is corporatism.  This is Obamanomics.