How The Progressive Left Creates Voters

The “American Freshman Survey,” which has measured the characteristics of incoming college Freshmen, including their own self-evaluation.  The most recent survey has indicated that far more than half of students believe they are above average. In effect, college students are thinking more and more highly of themselves, despite actually performing worse, doing less studying, and being increasingly unprepared for the real world. As psychologist Jean Twenge puts it:

“A new analysis of the American Freshman Survey, which has accumulated data for the past 47 years from 9 million young adults, reveals that college students are more likely than ever to call themselves gifted and driven to succeed, even though their test scores and time spent studying are decreasing.”

What we have is a bunch of self-obsessed narcissists who believe they are more aware and more enlightened then everyone else. They believe that they deserve awesome and fulfilling careers that involve no word because they are just so awesome. 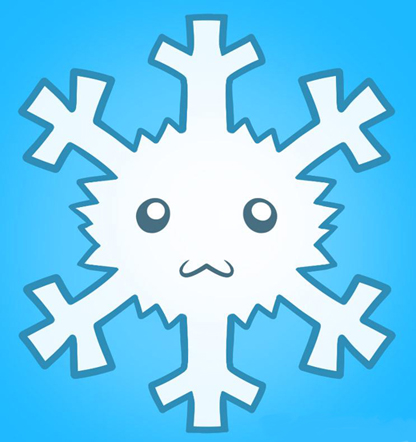 However, despite the high self esteem of these narcissists, they are not prepared for the real world where they need self-discipline and actual knowledge and ability. This has resulted in many college graduates who have spent their entire time at college “raising awareness,” partying, and having their awesomeness being validated by an easy “A.” Companies that need technically trained workers are finding that few, if any, of these “awesome” college grads are capable of even the most rudimentary technical work.

Indeed, the idea that you can’t get ahead unless you go to college, after which you are guaranteed a well paying and fulfilling job, has been so well sold that many students don’t bother to learn skills or otherwise truly expand their abilities or capacity to understand. Instead of more difficult technical, or otherwise rigorous, degrees and fields of study, students gravitate to easier classes, with schools more than willing to meet them half-way in order to keep those student loan checks coming in. Often, people who did not go to college, but started out learning skilled trades, can more readily get good paying jobs that are in demand. After all, the world only needs so many left-handed lesbian urban Inuit poetry studies majors…

Ultimately, though, their delusion meets head on with reality. Do to the incompatibility of their self-delusion of sheer awesomeness, and the reality that they never actually had to learn anything of actual value, their ego either cracks with sometimes horrible consequences, or they double-down on their self delusion by blaming some one else… always someone else.

That is where Obama comes in and gives them a bunch of free stuff and tells them how awesome they are for being little leftist douche-bags.

As a result, they vote for Obama and other minions of the Progressive left. With 1 in 4 children receiving food stamps, the acceptability of dependency as being normal is instilled young.

Children grow up dependent on the government and their self-delusions of awesomeness are validated throughout college. When the increasing failure of higher education for so many, a ready pool of incapable people who will vote for free stuff and empty praise is created.

The left has been pushing this because capable adults who can stand on their own two feet and don’t need a handout are not that willing to take “from those according to their abilities” and give “to those according to their needs” outside of basic human charity for those not actually capable of taking care of themselves, such as children, the handicapped, and those of advanced age.

To be fare, there are plenty of otherwise intelligent adults who wholeheartedly believe in the Progressive mantras, but they were not a majority and most of the electorate did not accept the appeals of the Progressive left. Thus, the left created the electorate they wanted because they could not appeal to the one they had.

This has not ended well…