An American Fool Abroad… Ought To Just PARTY HARD?

Posted on December 4, 2012 by The Political Hat

While many in America voted for Obama for free stuff or out of class/race/gender hatred, there are those who believe that an “internationally” minded President with a childhood free from that pesky American society and culture, via either Indonesian residency or being coddled domestically in the ivory towers of the pinkest satrapies, would be able to eschew all those evil American stereotype and act more like everyone else does to achieve some type of blissful consensus of the international community.

Even as his “lead from behind” strategy draws belittlement at home, it is indeed seen favorably abroad.  This is not because the world leaders are glad that we can all come together is some glorious consensus and unity of mankind, but because they know that such drivel is idiotic, and that Obama is the idiot they get to play with like a cat with a mouse. 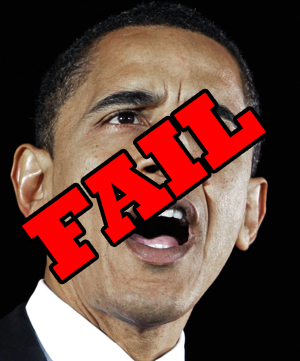 The disconnect between the utopian international Progressive left in America and the realpolitik of practically every other nation on earth is so stark, that the American left still believes that Obama has successfully “hit the reset button” even as the world mocks and laughs at America.

The rest of the world knows that Obama is a failure and also a fool that they can take advantage of.  The belittlement has gotten to the point where it is open and insulting.  Recently, Cambodia’s first lady mocked Obama with a “greeting that’s meant for servants.”

Obama and the American voter have also been openly belittled in Russia.  Pravda (far more reliable now-a-days than the American legacy media), has stated that “Obama has been re-elected for a 2nd term by an illiterate society and he is ready to continue his lies of less taxes while he raises them.”  They go on to say:

“They read history in America don’t they? Alas, the schools in the U.S. were conquered by the Communists long ago and history was revised thus paving the way for their Communist presidents. Obama has bailed out those businesses that voted for him and increased the debt to over 16 trillion with an ever increasing unemployment rate especially among blacks and other minorities. All the while promoting his agenda.”

Just to underscore the pathetic nature of the Obama administration, Obama was planning to reach out to the Middle East in truly “interesting way”: By sending rocker Andrew W. K. to Bahrain to “share his music and partying with the people there.”

Alas, the Obama administration had a change of heart:

Answer please: @statedept Why did you decide I wasn’t appropriate? And who was it exactly that changed their mind about my trip?

Titter genius Iowahawk opined how this was one of the better ideas Obama has had:

@nickgillespie sending @andrewwk to party in Bahrain could be the least stupid thing the US State Dept has proposed this year.