Now that Obama has won reelection, he doesn’t need to bother with pretending to care about the deficit, the military, or even America.  With his cult of personality triumphant a second time, this modern-day Pharaoh does not seem content to engage the people to just working on those jobless “shovel ready jobs.” 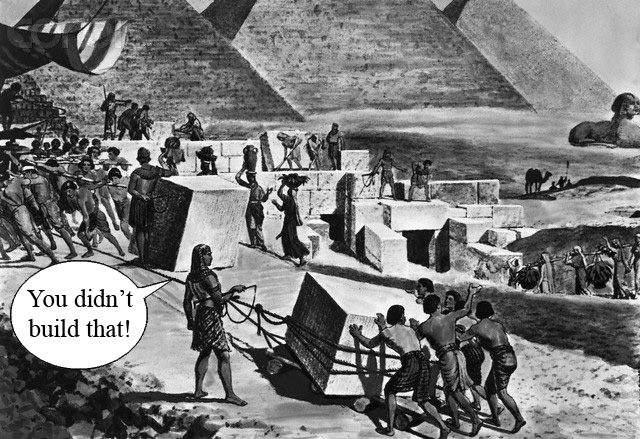 Not just content with driving the United States forward off a fiscal cliff, Obama is set to plague the few successful small businesses left with a torrent of regulations.  Undoubtedly, the community-agitator in chief will blame those he crushes for all the layoffs caused by Obamanomics and his precious Obamacare

Perhaps Obama should consider these words of wisdom from the 10 Commandments:

Perhaps, people will remember our very own Obamandias much in the same was that we Remember Ramses II:

I met a traveler from a once great land
Who said: Many vast executive orders
stand in the country. Near on the golf green
Half white, a shattered visage lies, whose frown,
Wrinkled lip, and sneer of failed command,
Told to its art student those passions read
Which yet survive, stamped on these lifeless things,
The hand that mocked, the dog upon which he fed;
And on the pedestal these words appear:
“My name is Obamandias, SCoaMF of SCoaMFs:
Look on my works, Tea Party, and despair!”
Nothing beside remains. Round the decay
Of the United States, boundless and bare
Lone and level golf greens stretch far away.

And now, a little mood music: