Modern Education Part III: Wokeness That Needs To Be Deprogrammed

There is so much actual systemic privilege and actual systemic power that comes with being “oppressed”, it is comes to no wonder that a child of elites who goes to a woke elite college is programmed by the cult of wokeness to identify as oppressed and so much so that said child’s Leftist parents needed to pay a deprogrammer to save their child from said cult of wokeness.

“Annabella Rockwell, 29, graduated from Mount Holyoke in Western Massachusetts in 2015 and said it drove her to drink and made her briefly become estranged from her mother, who threw a vase during one of their arguments.

“Prior to attending the elite school to study history, which charges $60,000 a year, Rockwell said she grew up in a ‘traditional’ household and had considered herself to be open-minded.

“However, the politics minor claimed the all-women’s school ‘totally indoctrinated’ her into thinking she was an oppressed victim of the patriarchy.

“’This professor tells me about the patriarchy. I barely knew what the word meant. I didn’t know what she was talking about,’ she told the New York Post. ‘I wasn’t someone that into feminism. I just knew that I felt I had always been free to do what I wanted. I never experienced sexism.

“’But I was told there’s the patriarchy and you don’t even understand it’s been working against you your whole life. You’ve been oppressed and you didn’t even know it. Now you have to fight it.

‘”And I just went down this deep rabbit hole.’

“’I saw everything through the lens of oppression and bias and victimhood. I came to the school as someone who saw everyone equally. I left looking for injustice wherever I could and automatically assuming that all white men were sexist.’” 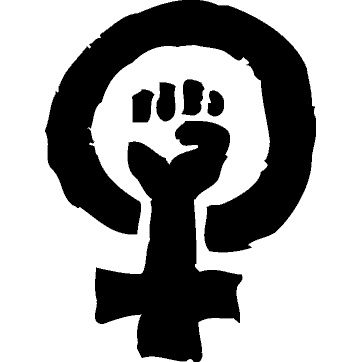 College isn’t about education… it’s about indoctrination into a cult.

Nobody in the aristocracy is being oppressed, and yet the school was able to brainwash her into thinking she was a victim. What a remarkable enchantment. pic.twitter.com/u1Pf0SlDCg

The professor radicalised her into being an extremist. pic.twitter.com/PSFJbdksY0

The professors were actively trying to break up families. These radicals still have jobs. pic.twitter.com/icsYfixgc4

Thankfully, this young lady had a mother who cared enough for her daughter to spend the money that most don’t have to help her.

“’Mount Holyoke met its match in my mother. If it wasn’t for her, I’d probably be living in Massachusetts, working for some super-progressive politician, hanging out with people I had nothing in common with except ideology and drinking all the time. And I’d be miserable.’”

Of course, this is a lesson that you have to be a good mother (or father) before the woke indoctrinators get the hands on impressionable youth.

One Response to Modern Education Part III: Wokeness That Needs To Be Deprogrammed