Human-Animal Hybrid Brains: Is The Age Of Autistic Catgirls Near?

Scientists have previously and successfully genetically engineered animals to be more clever with splicing human genes into the animals’ genetic code. Now, they have successfully combined human brain cells with the brain of a baby rat.

“Scientists have transplanted human brain cells into the brains of baby rats, where the cells grew and formed connections.

“The research builds upon the team’s previous work creating brain ‘organoids,’ tiny structures resembling human organs that have also been made to represent others such as livers, kidneys, prostates, or key parts of them.

“To make the brain organoids, Stanford University scientists transformed human skin cells into stem cells and then coaxed them to become several types of brain cells. Those cells then multiplied to form organoids resembling the cerebral cortex, the human brain’s outermost layer, which plays a key role in things like memory, thinking, learning, reasoning and emotions.

“Scientists transplanted those organoids into rat pups 2 to 3 days old, a stage when brain connections are still forming. The organoids grew so that they eventually occupied a third of the hemisphere of the rat’s brain where they were implanted. Neurons from the organoids formed working connections with circuits in the brain.”

Not only will this inevitably lead to a genetically engineered catgirl (or mouse girl), even ones who will make autism and schizophrenia cute and adorable.

“To examine a practical use of this approach, scientists transplanted organoids into both sides of a rat’s brain: one generated from a healthy person’s cells and another from the cells of a person with Timothy syndrome, a rare genetic condition associated with heart problems and autism spectrum disorder.

“Researchers, whose study was funded partly by the National Institutes of Health, said they could do the same sorts of experiments using organoids made from the cells of people with disorders such as autism or schizophrenia — and potentially learn new things about how these conditions affect the brain, too.” 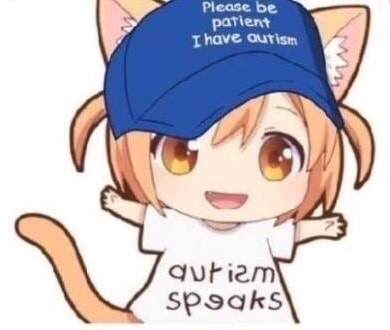 We get to help treat human beings while getting aspie catgirls as well? Thank you science!

One Response to Human-Animal Hybrid Brains: Is The Age Of Autistic Catgirls Near?