The “Anti-racist” “training” that both government and businesses have gone crazy in implementing is, as ought to be obvious, completely insane.

But how do you combat bias and discrimination otherwise? What is the alternative? 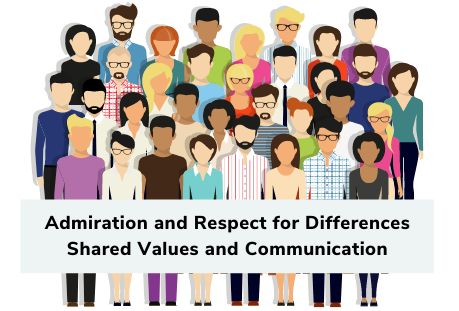 “The most salient aspect of our training is that we conceive it as an invitation to encounter each other a place that can foster unity. This is why we depart from a common ground, the universal dignity of every human person. Data shows that Americans are less prone to listen to each other than ever.

“A recent survey conducted by the University of Southern California Annenberg School for Communication and Journalism showed that only 28% of respondents express that their willingness to listen to different points of view will increase in the future, while a mere 18% stated their empathy towards people who disagree with them will grow in the years to come. [https://www.businesswire.com/news/home/20210114005633/en/USC-Annenberg- Study-and-Livestream-Polarization-of-America-Will-Likely-Increase-Despite-Calls-for-National-Unity].

“It is our belief that training that is presented as an invitation to come together around shared values can overcome polarization. Open dialogue that departs from universal truths about the human person and centers on the individual person as unique and unrepeatable can help organizations move on a path that ends at admiration and respect for differences. By focusing on the uniqueness of each person we encourage the rejection of an “us” and “them” approach that centers on groups and all the a priori assumptions that come with a collectivist mindset.

“In other words, our approach has as its starting point an anthropological question, “What is a human person?” There lies the starting point to move forward toward a sociological response that targets humans interacting with each other, and creating systems and institutional frameworks.”

This would make Ibram X. Kendi sad, so it’s gotta be good.