Senator Cotton vs. Critical Race Theory in the Military

“The premise of Senator Cotton’s legislation is that the military should encourage its members to ‘love the United States,’ defend the ‘founding principles of the United States,’ and maintain policies that treat people as ‘human beings with equal dignity and protection under the law.’ Critical race theory, according to the findings in the bill, undermines these three goals by presenting the United States as a racist, oppressive nation and by encouraging racial division under the guise of ‘social justice.’

“Cotton’s legislation would put an end to this. […] The bill would prohibit the armed forces from directly promoting the core tenets of critical race theory: that ‘the United States of America is a fundamentally racist Nation;’ that ‘an individual, by virtue of his or her race, is inherently racist or oppressive;’ and that ‘an individual, because of his or her race, bears responsibility for the actions committed by other members of his or her race.’ The bill also includes a provision against segregating members of the armed forces by race, which has become common practice in many CRT training programs.” 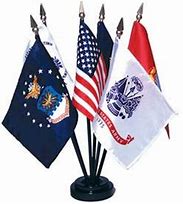 The key passage of the bill reads:

SEC. 3. PROHIBITION ON PROMOTION OF ANTI-AMERICAN AND RACIST THEORIES.

(a) IN GENERAL.—The United States Armed Forces and academic institutions operated or controlled by the Department of Defense shall not promote the following anti-American and racist theories:

(1) Any race is inherently superior or inferior to any other race.

(2) The United States of America is a fundamentally racist country.

(3) The Declaration of Independence or the United States Constitution are fundamentally racist documents.

(4) An individual’s moral character or worth is determined by his or her race.

(5) An individual, by virtue of his or her race, is inherently racist or oppressive, whether consciously or unconsciously.

It’s a good start, but this should apply to the rest of the government and considered racial harassment in businesses giving grounds for employees to sue.

The bill as introduced can be read in full below:

One Response to Senator Cotton vs. Critical Race Theory in the Military