An initiative or program entitled “Education Organizing Community Gathering” sure does sound innocuous enough, but you know that even something that sounds innocuous isn’t when it turns out to be a “Critical Analysis Tool” proffered by the “Vermont Coalition for Ethnic & Social Equity in Schools”.

This “Critical Analysis Tool” outright says that “Critical Thinking” isn’t “thinking carefully”, but rather defines it as “uncovering power hierarchies for the purpose of changing oppressive systems” and presumes that pre-determined “oppressive systems” are there and that it is just a matter of finding them and confirming one’s bias. It further defines “Critical Analysis” not as an actual analysis of anything but that is involves making “a plan, idea, or action more just and equitable”. 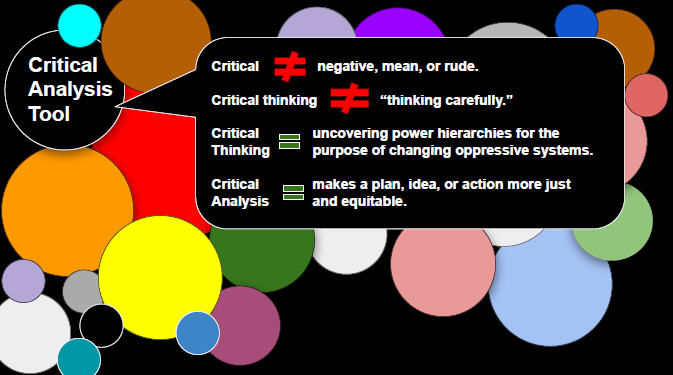 This presentation was created by one Hannah Miller, a “science educator”, with nothing more than a bachelor of arts in biology (not even a bachelor of science!). 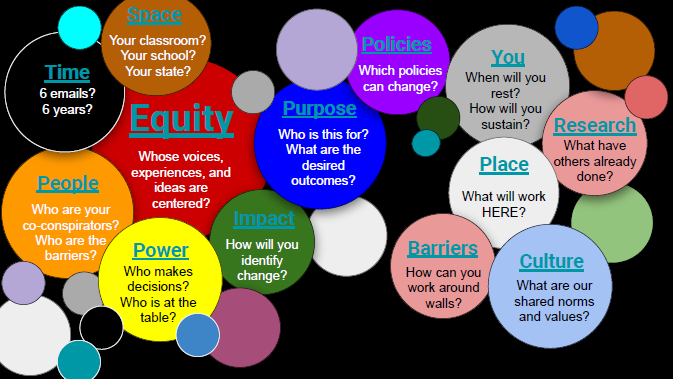 The full presentation can be found here, or read below: