In The Era Of Corona-Chan L.A. Teachers Demand Racial Justice

The question of whether schools should re-open or stay with distance learning is an open question with legitimate points of debate as well as disagreement over “the science”.   Some parents, amongst others, even are saying lack of public school indoctrination is tantamount to child-abuse, which is ironic coming from those who usually complain about the wokeness being taught to children now-a-days or the “social justice” obsession of the credentialed teaching class, as can be seen by the demands of the United Teachers of Los Angeles for the Los Angeles Unified School District as noted in their propaganda piece entitled “The Same Storm, but Different boats: The Safe and Equitable Conditions for Starting LAUSD in 2020-21”* complete with demands for unequal racial considerations and call for “equity and justice”:

“The COVID-19 pandemic in the United States underscores the deep equity and justice challenges arising from our profoundly racist, intensely unequal society. Unlike other countries that recognize protecting lives is the key to protecting livelihoods, the United States has chosen to prioritize profits over people. The Trump administration’s attempt to force people to return to work on a large scale depends on restarting physical schools so parents have childcare.

“This document outlines the equity lens that we must use to view both today’s emergency and tomorrow’s recovery.”

The demand for “equitable” approach is nothing less than the demand for unequal treatment based on race. After all, they declare that the children are in “the same storm, but different boats”.

“‘We’re all in this together’ is a common slogan during this crisis. What this platitude fails to acknowledge is that, while we may all be in the same storm, we are not all in the same boat. The United States is at an unprecedented moment of overlap between a global pandemic, deep economic recession, and an uprising for Black Lives that exposes the structural race and class fissures that have resulted in higher unemployment, exposure, infection, and death rates in Black, Brown, and poor communities.

“Unsurprisingly, the data is increasingly showing that there is a ‘disproportionate burden of illness and death among racial and ethnic minority groups.’ BIPOC communities are more likely to experience economic and social factors that increase risk of illness and death. Below are just some examples:

“[Various statements of statistical differences between Whites and non-Whites]

“Because of the forces of structural racism, Blacks, Latinx, and Pacific Islanders in Los Angeles County are dying of COVID-19 at twice the rate of white residents. Residents of high-poverty areas were almost four times as likely to die of COVID-19 compared to those who lived in wealthier areas. The effect on human lives is quantifiable: the disproportionate effect of coronavirus means that at least 700 Blacks, Latinx, and Asian Americans died because of structural racism that puts them more at risk compared to white people. Nearly 1,000 people living in high poverty areas died because of class and income inequality that puts them more at risk compared to people living in wealthy areas.”

Because “White Supremacy” and “Institutional Privilege” grants White students immunity to disease by some demonic touch of that maligning mystical miasma of malevolent malfeasance of “Whiteness”?

Note also that “BIPOC” (i.e. “Black, Indigenous, and Persons/People of Color) includes those of East Asian decent (though clearly lower in the hierarchy), in other words everyone who isn’t White. Notice that only by lumping in all non-White students can they declare non-Whites harder hit than White students, for if they really broke down the racial groups, the narrative doesn’t hold.

This usage of “BIPOC” of particular not since only about one in ten students in the LAUSD is White.   So, rather than focusing on some disadvantages minority, this scholastic/justice segregation in the schools is intended to exclude a small minority of students and treat them as less important. Yet not putting children’s education in the hands of these racially obsessed “equity and justice” teachers is somehow child abuse?

So, what are the teachers’ demands of “social justice” necessary to defeat Corona-chan in the schools? 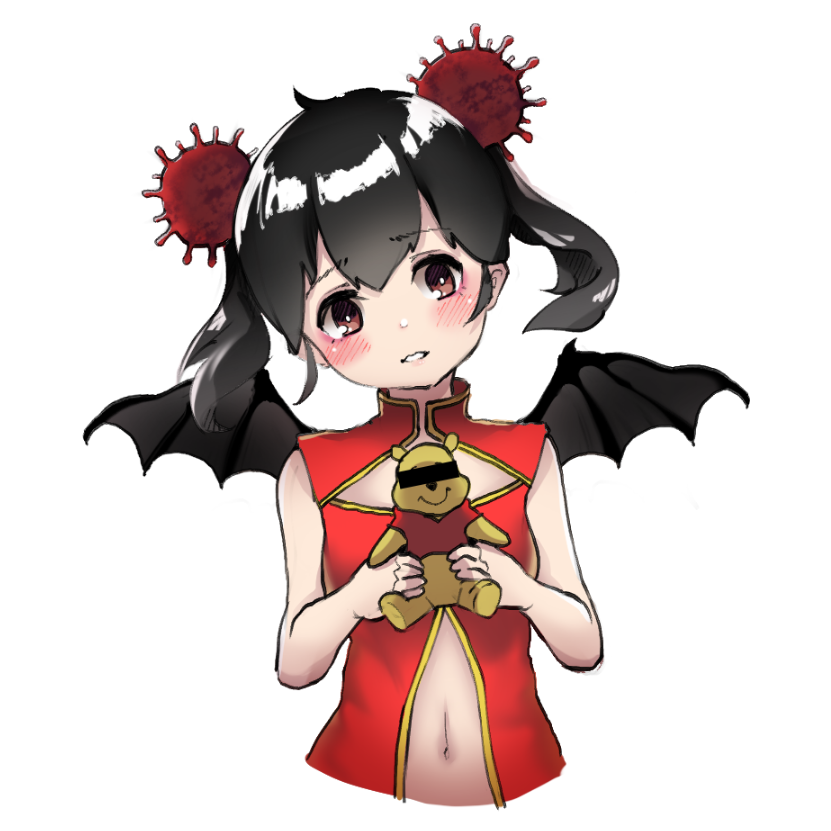 Pictured: Less harmful to children than the United Teachers of Los Angeles.

The demands on the Federal government, including “Medicare for all”:

The state-level demands, including a “wealth tax”:

The demands on local governance, including defunding the police and stopping charter schools.

This is what you get when “social justice” is the same things as “education”.

The full manifesto by the United Teachers of Los Angeles can be read below:

The Same Storm, but Different Boats: The Safe and Equitable Conditions for Starting LAUSD in 2020-21 by ThePoliticalHat on Scribd

* Footnote/Endnote references not shown for clarity of reading.

One Response to In The Era Of Corona-Chan L.A. Teachers Demand Racial Justice