“Until last week, Gary Garrels was senior curator of painting and sculpture at the San Francisco Museum of Modern Art (SFMOMA). He resigned his position after museum employees circulated a petition that accused him of racism and demanded his immediate ouster.

“‘Gary’s removal from SFMOMA is non-negotiable,” read the petition. “Considering his lengthy tenure at this institution, we ask just how long have his toxic white supremacist beliefs regarding race and equity directed his position curating the content of the museum?”

“This accusation—that Garrels’ choices as an art curator are guided by white supremacist beliefs—is a very serious one. Unsurprisingly, it does not stand up to even minimal scrutiny.”

“The petitioners cite few examples of anything even approaching bad behavior from Garrels. Their sole complaint is that he allegedly concluded a presentation on how to diversify the museum’s holdings by saying, ‘don’t worry, we will definitely still continue to collect white artists.’” 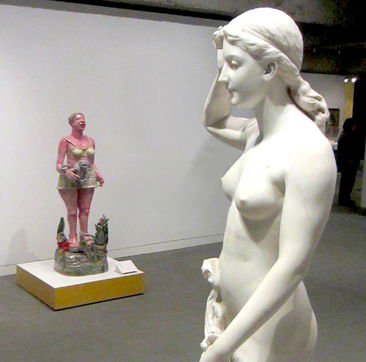 This has been a consistent Leftist position for decades: Declare “Whiteness” to be evil and thus intolerant, dishonestly and incorrectly invoke the “intolerance of tolerance” paradox, then declare lack of discrimination against “White art” to be discriminatory.

Anything “White” is not “White Supremacy” because anything associated with “Whites” (except the Leftist ideology which is ironically the Whitest of them all) is filled with “Whiteness”, and one is either a “White Supremacist” or one is “anti-Racist” by purging society of “Whiteness” in a delusional manichean choice.

The woke Left need an enemy that is declared to be a dangerous evil in order to justify how their inherent evil is somehow “good”.

It is drearily revealing how often woke progressivism seems to demand treating other people like garbage. Politicizing everything has an inevitably corrosive tendency to turn disagreement into dehumanization.

But this dehumanization doesn’t go so far as to actually consider people “sub-human” because of their race, right?

Oh, in this woke day and age, it does.

Nick Cannon says white people are "a little less," "closer to animals," "the true savages," "acting out of a deficiency so the only way they can act is evil." When does he get canceled? pic.twitter.com/vK3TBDW9i8

They were just saying out loud what far too many on the woke Left believe, and soon enough this will not only be considered acceptable but requisite.

This is part of the Left’s false dilemma fallacy: You either are for “White supremacy” or you believe that Whites are inferior. In both cases racial supremacy is presumed.

Which is more likely to result in “White supremacy”: An ideology where institutional racial discrimination, and thus supremacy of one race over another, is “justice”; or an ideology that believes we should be judged by the content of our character and not the color of our skin?

But the, perhaps that was the point all along.

This entry was posted in Progressives and tagged DOOM, Kyriarchy, Social Justice. Bookmark the permalink.