The British daily newspaper “The Times” recently published an investigation about how Facebook refuses to remove what it deems to be “child pornography”. This is a serious accusation and something worth reporting about if true. However, The Times does itself no favors when it concentrates on examples of Japanese anime-style drawings and games. 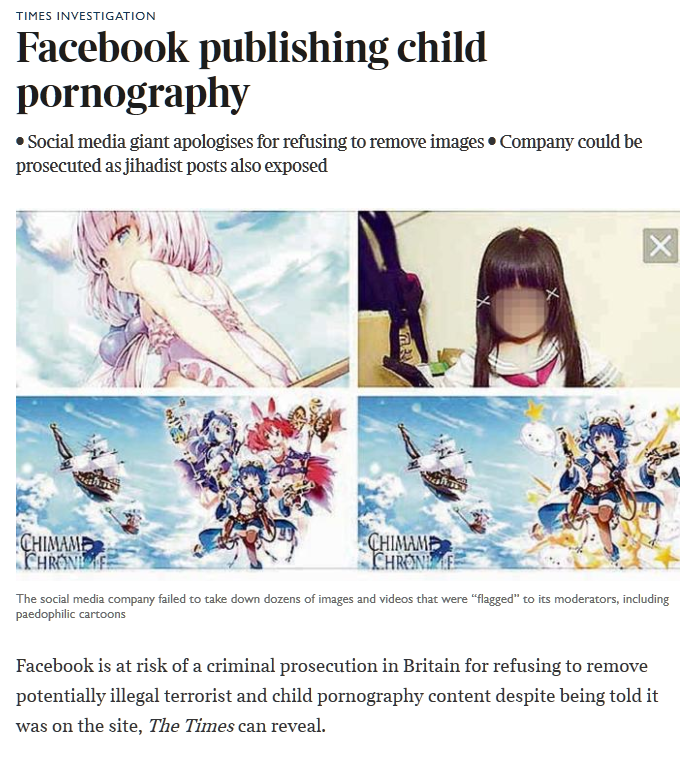 One of the four is clearly a real child whose face is blurred out, so The Times story ought not be dismissed out of hand, and it certainly is understandable the The Times would not show any actual child being hurt.

However, that is no reason to include drawing, even drawings that are not even pornographic (such as two pictures from Chimame Chronicle (チマメクロニクル).

Of course, there are those who’d rather declare war on anime drawings than combat actual child abuse like in Rotherham, so you take what you get…

This entry was posted in Uncategorized and tagged Europe. Bookmark the permalink.