Butch Lesbians and the Queering of Pregnancy

The self-obvious truth that women, and not men, get pregnant is merely an observation of human beings as being a dimorphic species.  This reality, however, seems to upset some “butch” lesbians who take on a more masculine role in a lesbian relationship.  Such is the study of an article in the Journal of Lesbian Studies entitled “The Gender of Pregnancy: Masculine Lesbians Talk about Reproduction”.

As usual, a word for word fisking would involve multiple redundancies, since a hallmark of “social science” academic articles involves taking a simple statement and padding it out with verbosity in order to embiggen its seeming academic importance.  Internal references not quoted for the sake of clarity, such as there may be… 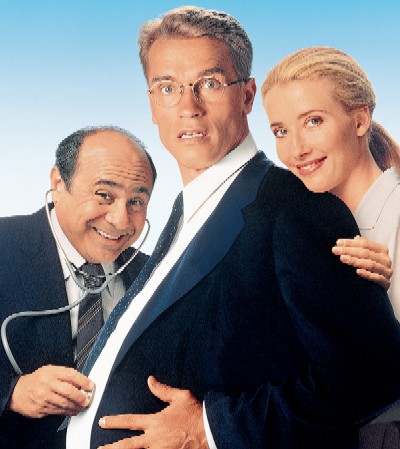 The Abstract suggests the ridiculousness that awaits:

“Heterosexism and patriarchy collude to create an expectation of pregnancy for all women. In addition, the bodily production of pregnancy has been socially gendered as feminine because of its association with female-bodied people. These two ideological codes—that all women should become mothers through pregnancy and that pregnancy is a femininely gendered endeavor—suggest conundrums for masculine lesbians. This study relies on interview data with 14 childfree masculine-identified lesbians about the ways in which they are able (or unable) to imagine themselves as pregnant people in their future lives. Participants’ navigation of the concept of pregnancy reveal the complexity of gendered bodies and gender practice.”

The article kicks off with a willful ignorance of obvious biological reality:

“Part of the reason for the gayby boom is the solidification of gay rights. LGBs are now navigating a social climate in which they are afforded some legislative security, but are still subject to heterosexist norms in child-granting bureaucracies and social interaction”

“Motherhood is characterized by its existence under, and women’s bodies are routinely regulated by patriarchal expectations of femininity. Hence, pregnant bodies are highly scrutinized to ensure feminine compliance with patriarchy.”

Or maybe its a matter of women trying to attract the best mates, and ensure that their mate, as well as other males, will be supportive of the pregnant women?

“Under the guise of modern technology, the pregnant body has been medicalized to ensure pregnant women’s alienation from their bodily productions. For example, the quasi-requirement that births should be performed in hospitals marks the event as an illness, an anomaly of the body, and puts decision-making power about the trajectory of the labor in the hands of physicians rather than pregnant women themselves; the control of pregnancies and births is another method of controlling women’s bodies more generally”

Or perhaps women want to make sure they don’t die in childbirth?

“[B]ecause of dominant discourse’s focus on the naturalness of sex and gender, feminists who support a social constructionist explanation of gender have been reluctant to theorize about pregnancy because of the need to talk about the body and its biological processes.”

Maybe because biological sex is indeed natural and objectively definable?  Pregnancy is not a “cultural production”, it is the biological way in which the species propagates?

“Interested in how first-time mothers understand their pregnancy and early mothering experiences, Miller found that women utilize dominant discourses about motherhood and pregnancy to make sense of their experiences. For example, many of her participants believed that their bodies were made to reproduce and that they would instinctively know how to mother.”

Whether designed by God, or simply how we evolved as mammals, a woman’s body is set-up to reproduce.  While best maternal practices are in part learned, we wouldn’t survive as a species if natural maternal instincts do not exist.  That this author and the “butch” lesbians she interviews find it alien, than that’s a sign of an evolutionary dead end.

The concept of “gender” as something separate and distinct from biological sex, which thus reduces biological sex to whether one has a dangly bit or not—and decreasingly about reproduction—does not exist.  How biological differences manifest themselves in different cultures, and natural variations of each sex, are questions that have little to do with the invention of “gender” and a “thing”.

“Halberstam describes female masculinity as the truest demonstration of masculinity in that it is a gender expression removed from the conflation with men and male bodies.”

Which means that masculinity no longer has anything to do with the traits of males as opposed to females.  Yet again we see Humpty-Dumpty gloating.

It should be obvious, that even by removing the full biographic references, it is necessary to still keep in some of those references.  This is because most academic “social science” involved with people quoting and agreeing with each other, and providing that predetermined agreement as “research” by throwing in some minor twist.  In other words, there is little actual “research” in most of these papers.

“As such, some scholarship suggests that gender expression has the potential to dismantle the binary of male and female and to defy the supposed anatomical destiny of female bodies”

You can not dismantle millions of years of evolution and basic biological reality.

But this is a “research” paper, and as such ha a “methods and date” portion to make it look like they are doing real science.  And of course, it involved college age women in a town with a major university, which the author of this “study” seemingly considers to not be a factor… because obviously Leftist indoctrination in college has absolutely nothing to do with a college age lesbians views on gender and sexuality… right?  After all, “self-diagnosed gender” is sooo scientiftic…

“Although participants formally stated that pregnancy was socially constructed to be feminine, many of their comments illustrated a distinctly essentialist understanding of pregnancy necessitating femininity.”

Of course, they all regurgitated the axiomatic truth of þe olde “social construct”!

“For instance, all participants noted that pregnancy introduces bodily changes that highlight biological femaleness, which is conflated with femininity.”

Femininity is just an identification of traits typically seen in females, in contrast with masculinity being an identification of traits typically seen in males.  This is because males and females are not the same, and aside from bell-curve-like outliers, such femininity and masculinity is indicative physical and actual physiological differences in the sexes.  This not to say that the way these differences manifest themselves is invariable, only that such superficialities such as boys being associated with blue and girls with pink does not mean that all differences are just “social constructs”.

“Because Johnny understands that the societal expectations for masculinity do not include accentuating female bodies, she achieves her masculine expression through muting her biological femaleness. Pregnancy makes this project more difficult. In fact, the feminine understanding of an immutably pregnant female body has the power to undo the careful construction of their masculinities.”

In other words, it is this “female bodies masculinity” that is the artificial “social construct” that is at odds with biological reality, with such “social constructs” being undone by that cis-heteronormative b***c, Mother Nature.

An imitation of the norm.

Of course!  This is because it would be a reminder of reality.

“In what follows, I describe participants’ different solutions for keeping their masculinity intact: rejecting pregnancy by becoming a non-biological parent or redefining pregnancy by asserting that masculine female-bodied people can become pregnant.”

In other words, by taking a male role in imitation of a heterosexual couple, or by (totes literally?) erasing heterosexuality and biological reality familial normalcy.

Thus we can seen that the entire “gender” schtick is a tool to overturn biological norms by declaring them to be “social constructs”, in order to normalize the atypical (e.g. homosexuality) by denying the existence of typical (e.g. heterosexuality), and consequently allow “the other” to re-define themselves and normal.  In essence, a psychological need to belong and fit-in by reshaping society, rather than trying to fit in with the extant society, and thus waging war on the society that others fit into.

The Gender of Pregnancy Masculine Lesbians Talk About Reproduction by ThePoliticalHat

One Response to Butch Lesbians and the Queering of Pregnancy