Greatest Fear of a Pregnant Social Justice Warrior? Having a White Baby

Surprisingly enough, the greatest fear of a pregnant Social Justice Warrior is not having had an abortion yet, but the fear of having a baby that turns out to be… White!

A biracial woman, Xavia Dryden, who is married to a White guy is afraid that her son will “enter the world under the veil of whiteness” …

“In true millennial fashion, my first instinct after confirming my pregnancy was to turn to the internet for guidance. Naively, I perused the slick, pastel interfaces of maternity sites for posts on ‘common new mom fears,’ searching feverishly for the ‘helpful hints’ I actually needed. I crossed my fingers and hoped for articles with titles like, ‘So, Your Baby Is Passing’ or ‘What to Expect When Your Baby Begins to Show Signs of Internalized Anglo-Normativity.’

Maybe, juuust maybe, most parents aren’t worried about their biracial (quadroon, to use the old terminology) child will turn out to be the reincarnation of Hitler? 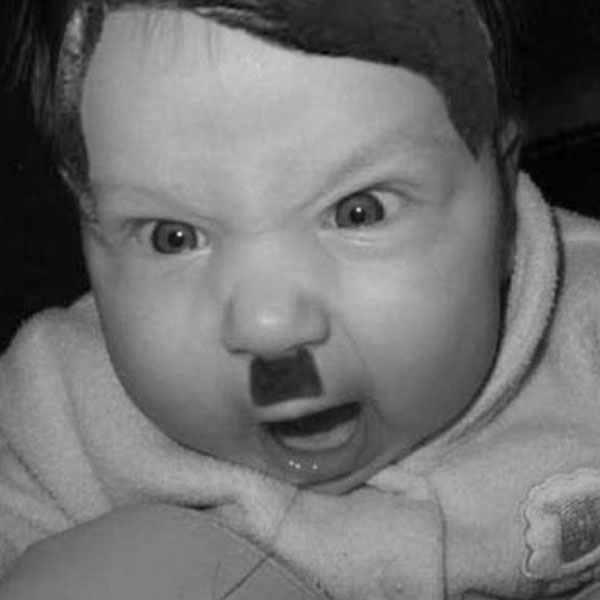 “I worry, should my son be born darker, that when he is stopped and patted down on his way home from school or work or a date he will see this not as a violation, but as a fact of life. I worry that perhaps when my son is born, he will feel the unwelcome brush of strangers’ hands against his body and recognize it from those days in the womb—as natural as the pulsations of my heartbeat or the far-off vibrations of my voice.

“These are the fears I harbor for the quarter of my son that is black. For the whiteness within him, and for myself, I harbor other fears—fears of erasure that fill me with shame, because while I pray that my son will not suffer the slings and injustices of American Otherness, I also pray that his privilege, should he inherit it, will not divide us. I fear that my son—insulated for nine-odd months in the warm shelter of my womb—will burst into the world and not recognize me. I fear that he will, in the midst of latching his tiny mouth around my nipple, see its darkness against his impossibly pale skin and see not his mother, but a stranger. I fear that my son, as he grows into a teenager, will feel his pale cheeks flush with shame when I appear to check in on him and his friends, not because of my tendency to hover—helicopter parenting transcends race, after all—but because of my residency in a body whose darkness is so vastly different from his own.”

This woman is married and having the child in wedlock.  Clearly she is willing to call him a boy and not buy wholeheartedly into the modern “gender” insanity.  She clearly doesn’t hate White people too much, seeing as she’s married to one. She’s even willing to have the child, despite her worries! That right there gives her son a much better chance at success in life than many newborns now-a-days.

Perhaps the best thing she could do is not worry whether her child will be “Black” or “White”, but concentrate on being a as good as a mother as she can.

3 Responses to Greatest Fear of a Pregnant Social Justice Warrior? Having a White Baby