Do you think that “vegetarians are idiots“?  If so, you’d better shut up about it, or else you’ll get punished for it.  This is what is happening to a sixth grader who uttered those words to another student.

“The case began on Oct. 30, 2014, when the two 11-year-old sixth-graders were having lunch in the cafeteria of Montgomery’s Lower Middle School. One of the students, identified in court papers as C.C., made the comments to another student, K.S., about his decision not to eat meat.

“The investigation by the school’s anti-bullying specialist, guidance counselor Lesley Haas, found that C.C. told K.S. that ‘it’s not good to not eat meat’ and that ‘he should eat meat because he’d be smarter and have bigger brains,’ according to court papers.

“C.C. also admitted that he told K.S. that ‘vegetarians are idiots.’

“[Vice-Principal] Haas concluded that C.C.’s comments met the legal definition of harassment, intimidation and bullying under state law because they targeted a student’s ‘distinguishing characteristic’ and ‘substantially interfered with the rights of K.S. and had the effect of insulting or demeaning him.'” 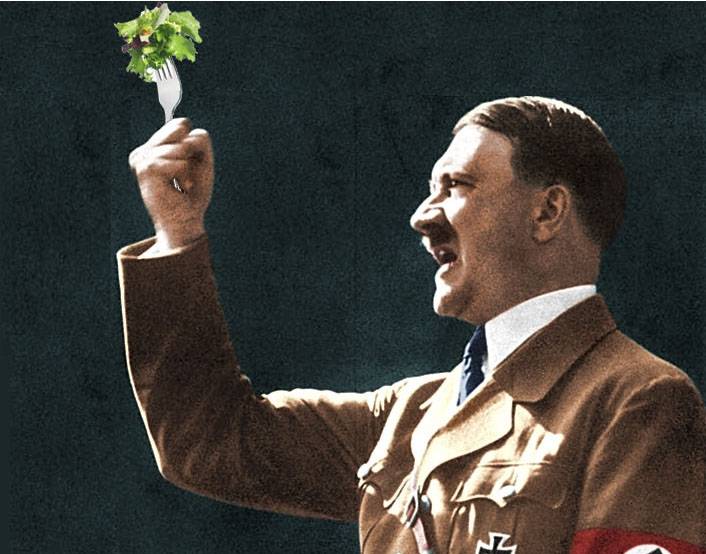 Telling someone that their nutritional choices is idiotic is hardly “bullying”.  What makes this worse is that it was declared “bullying” because “K.S.’s vegetarianism was a ‘distinguishing characteristic’ based on previous bullying cases and that C.C.’s comments were insults.

“Kennedy cited a Jefferson Township case in which remarks that a student ‘sucks at basketball’ were found to be unacceptable under state law because they were perceived as being motivated by the distinguishing characteristics of height, intelligence and athletic ability.

“Kennedy also cited a case in Ridgewood in which a student calling another student a ‘horse’ and ‘fat-ass’ constituted bullying.”

How is being told you are an idiot “substantially interfere” with one’s rights?  Why should insults or demeaning statements curtail a student’s free speech rights?  How the [expletive delete] can a persons dietary choices elevated to an innate characteristic that has nothing to do with nothing, such as race?

At this point, the schools are punishing people for expressing thoughtcrime.  Real bullying is targeted harassment and stalking.  Disagreeing with someone is not bullying.  It’s only bullying if you target someone and go after them in a sustained level of harassment.

If you are harmed by a “demeaning statement” and are insulted or feel demeaned, perhaps you should envigor you constitution by eating some tasty meat.