Burn A Rainbow Flag, Get Prosecuted

A transsexual student at the University of British Columbia is being prosecuted for… burning a “Gay rights” rainbow flag.

The flag was burned as a protest against the Politically Correct modern LGBTQ&c. activists:

“‘The university surrendered our flag to the gay power flag.’

“UBC earned the right to fly its own flag, …[Fink] says. It has meaning and history. To replace it with a rainbow flag created in San Francisco — what’s next? …[Fink] asks. An anti-choice flag? An ISIS flag?” 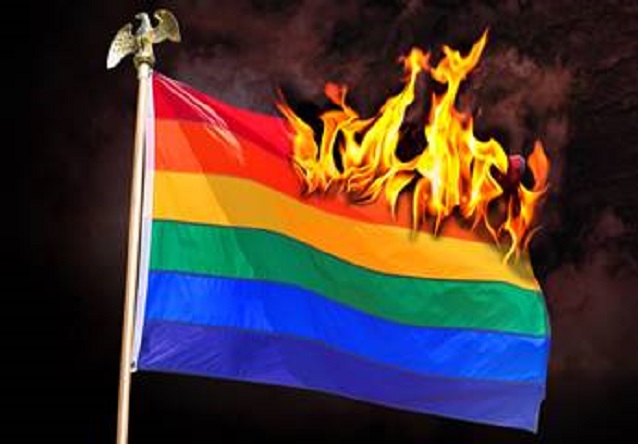 One must remember that Canada is a land that is full of censorship-crazed bureaucrats and free-speech hating judges.  The perpetrator, Brooklyn Marie Fink, is only being charged with “mischief under $5,000” rather than a hate crime like the University of British Columbia originally wanted, perhaps due to “some… being more equal than others”.

One Response to Burn A Rainbow Flag, Get Prosecuted