Now “White Privilege” checklists are being handed out for high school students.  The problem with these “checklists” is that the examples tend to not actually describe “privilege”, but rather are statistically tailored to getting as many White people to check the check boxes… 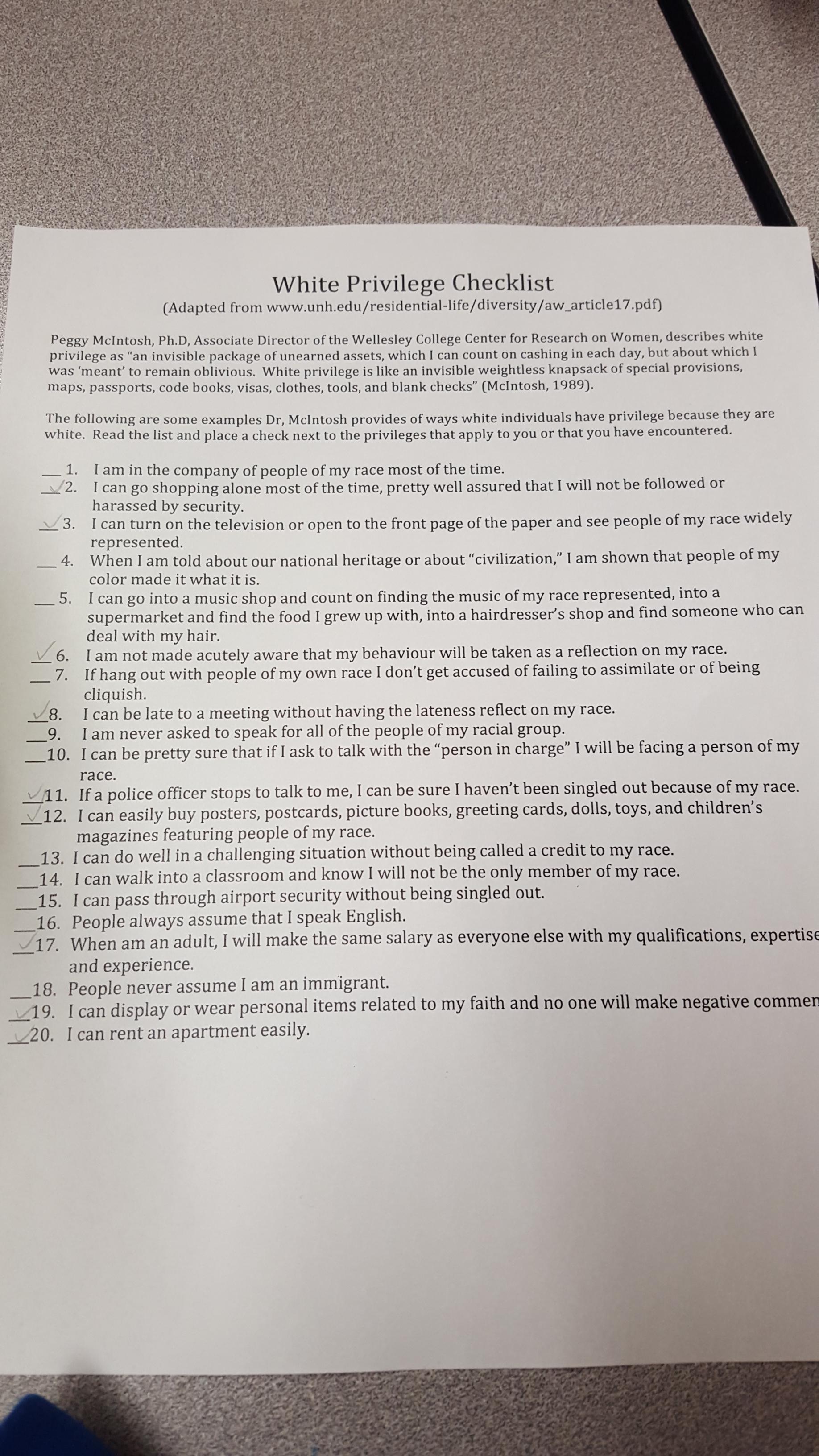 …which of course means that it’s time for a fisking!