Is Incest Next for #LoveWins?

According to the German ethics council, the answer should be YES!

“Germany’s national ethics council has called for an end to the criminalisation of incest between siblings after examining the case of a man who had four children with his sister.

“Patrick Stuebing, who was adopted as an infant and met his sister in his 20s, has launched several appeals since being imprisoned for incest in 2008 and his lengthy legal battle has prompted widespread public debate.

“Sexual relations between siblings or between parents and their children are forbidden under section 173 of the German criminal code and offenders can face years in prison.

“But on Wednesday, the German Ethics Council recommended the section be repealed, arguing that the risk of disability in children is not enough to warrant the law and de-criminalising incest would not remove the huge social taboo around it.”

The arguments the council make rest on the “rights” to love and dignity, which are the same major points that the Supreme Court of the U.S. majority argued after redefining marriage:

“A statement released on Wednesday said: ‘Incest between siblings appears to be very rare in Western societies according to the available data but those affected describe how difficult their situation is in light of the threat of punishment.

“‘They feel their fundamental freedoms have been violated and are forced into secrecy or to deny their love.

“‘The Ethics Council has been told of cases where half-siblings did not grow up together and have only met in their adult lives.'”

To this end, what argument against cosanguineous marriages can be used that wasn’t used, unsuccessfully, against same-sex marriage, or is otherwise allowable by law?  Child endangerment?  We’re talking about consenting adults.  Genetic problems?  Nothing prohibits people from purposefully having a child with handicaps, nor prohibits older women who have a higher risk of having a child with a handicap.  What about same-sex incestuous couples?  They can’t have children.  There is no rational basis, then, aside from “irrational animus” and cultural bias/prejudice to deny same-sex cosanguineous people from marrying each other, and it would therefore be discriminatory to deny based on biological sex or gender to different-sex cosanguineous couples (or truples). 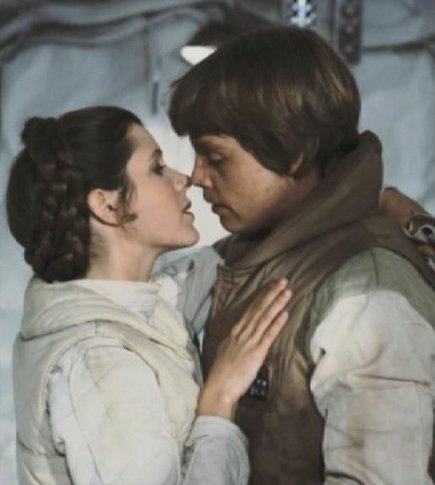 But then, what does marriage have to do with reproduction anymore?  It’s about “love” and “dignity”.  It had nothing, legally anymore, to do with children born between a couple, because same-sex couples are biologically incapable of reproducing, or indeed of engaging in reproductive acts.

The genie is out of the bottle.  Good luck shoving it back in.