Having sex with someone of the same sex that your were was a chosen behavior because sex is a choice — which is why rape is a crime where mens rea can be established. The repeal of anti-Sodomy laws was based on the claim that homosexual activity was a choice, and not some mental deviancy or disease.

Later, it was claimed that someone who is homosexual was “born that way” and thus deserving of the same protections as race. 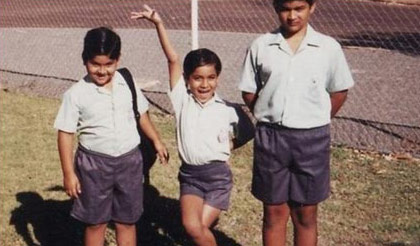 Now, however, with Gay “rights” having been established, the very basis for establishing those rights is being denied by… gays and lesbians. Much like Kohn wishing that her child grows up gay, the entire “born that way” argument is being tossed aside and replaced with a desire that a child “becomes” gay. Another example:

“At ages 10 and 8, my son and daughter don’t have the concept of romantic relationships in their mind yet, but in a few years, I know that I’m going to have to start paying closer attention to their friends, and possibly their dating life. While ultimately it is their choice, I sincerely hope that they see how great of a relationship that my partner and I have and follow in our footsteps.

“My ex-husband does not like the idea at all. Thankfully, my partner Rachel is a lawyer and has helped me win primary custody of our children. Because of this, my children do not have to be constantly barraged by his negative rhetoric dealing with LGBTQ issues, or his negative opinion of my partner and myself.

“I have done what I can to get my children more involved with the pride movement. I feel like the key is to get them brainwashed into seeing same-sex relationships on the same level of heterosexual relationships before they start getting into a relationship themselves. It doesn’t matter if a child cannot naturally be conceived in a same-sex relationship, the concept of biological conception is bigoted in general, and society as a whole needs to move away from such things.”

The “concept of biological conception” is not “bigoted,” it is Established Scientific Fact.

Notice also the admission of “brainwashing” children to achieve desired social ends. If someone who believed in traditional marriage had said they are “brainwashing” their children to see gay relationships as aberrations of the norm, the outcry would be legion. In fact, in California it is illegal!

The extension of “equal rights” laws to gays and lesbians was based upon the insistence that they were “born that way” and changing that is oppressive and discriminatory. If being gay is a choice, than the justification for protection ceases to exist. Logic, in this case, will likely not stop the doublethink that has infested the courts and the laws.

This entry was posted in Progressives, Science and tagged Gender, Social Justice. Bookmark the permalink.