Fresh off of a historic election which saw Republicans in Nevada win both houses of the legislature and the Governorship for the first time since the 1920’s, and the first time to win all the partisan statewide offices in addition to the trifecta.

With most of the statewide officers and a majority of the Assembly caucus being conservatives, you’d think Republicans would try to reduce the size and scope of government.  Wrong.

In his 2015 State of the State address, Governor Sandoval has declared his intent to massively expand the government for the children.  How will he do this?  Raising over $1 Billion in taxes, including a margins tax… despite Nevada voters voting against it by a 4 to 1 margin. 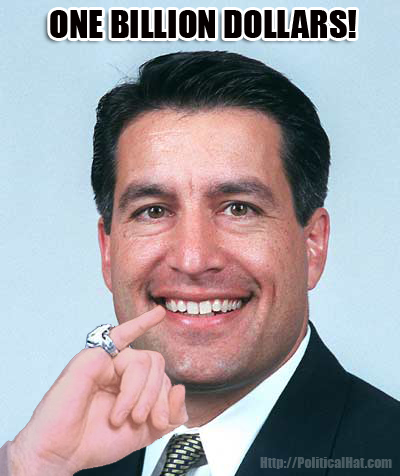 Did anyone in #nvleg run on the platform of higher taxes or passing the largest tax increase in Nevada history? #nvsots

Voters rejected facilities $$ for @ClarkCountySch 2 to 1 in 2012. @GovSandoval proposes to bypass voters. Did he campaign on that? #nvsots

$1.1 Billion dollar tax increase is what you get when your choice is tax & spend GOP, tax & spend Democrats, or Ron Paul Cultists | #NVSOTS

#NVSOTS do you hear that? That's the sound of businesses leaving California, passing nv and going to states NOT raising taxes and fees.

To those Nevadans who thought that GOP taking the #NVLeg & #NVGov would result in more liberty &less gov't: https://t.co/4CZtoWb1Tc #NVSOTS

"Sunset taxes must be continued". Goodbye, @NVGOP Hope you enjoy your ONE session in the majority.

So great to hear a @NVGOPAssembly @NVGOPSenate clapping so loudly for all the $$$ the governor wants to spend. #disgusting #NVSOTS