A minor league Canadian hockey team has come under fire for a bit of tasteful cheesecake: 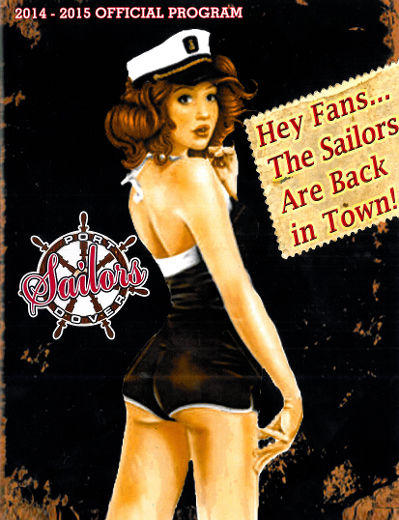 “There is also not a lot of enthusiasm for the cover at Haldimand-Norfolk Women’s Services in Simcoe. Executive director Jane Scheel says the cover is a classic case of a male-dominated organization dehumanizing women by reducing them to sex objects.

Reduced to just an object.  That retro-style pin-up is tasteful and respectful.  Does it play upon the fact that the vast majority of men are unabashedly heterosexual?  Yes.  Does it reduce women to just a piece of meat?  No.  Appreciating the feminine form does not mean relegating a woman to a mere physical object.

A gentleman will be attracted to an attractive lady, but will try to win her over and treat her with all the respect she deserves. If anything is evocative of that, a retro-style image harkening back to the time when gentlemen were not reviled certainly would be.

Ironic then, that these same type of feminists who declare a bit of harmless retro-cheesecake consider women who explicitly debases themselves as nothing but a sex object to be a feminist icon.  Case in point, the skank Nicki Minaj:

So, just who treats women like sex objects?  Clearly feminists.  Other women are just tools of the elite.

Feminists want men to be nothing more than β-male eunichs, with hyper-sexualized women being but salt in the wound to signal the dominance of the feminist elite over men.

This entry was posted in Progressives and tagged Gender, War on Women. Bookmark the permalink.