While Matt Yglesias is a Moron, Redstate also Gets it Wrong

A recent article at RedState wend after the idiot Matt Ylgesias. Unfortunately, they went after Yglesias at that “stopped clock” moment when he accidentally didn’t get it wrong. 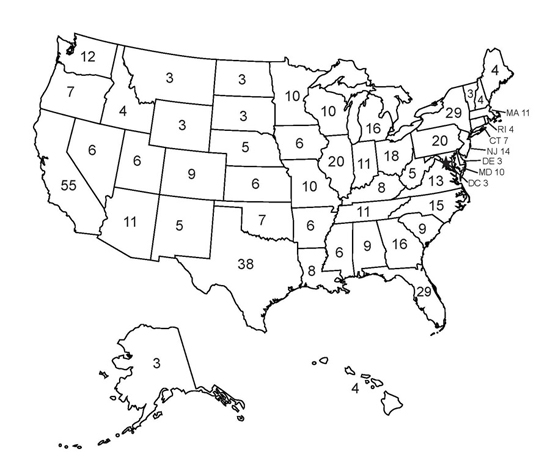 However, precedent suggests that this reduction would only occur if the choice was offered to voters, and the electoral to vote on such a selection were reduced.

If the archaic language of McPherson is too tough, there's always the per curiam decision in Bush v. Gore: pic.twitter.com/rZZKZJHaOw

From McPherson, noting that the constitutionality of legislatures appointing electors survived the Civil War amendts: pic.twitter.com/XR5oJNe4cY

Further, the 14th Amendment says representation would be withdrawn if the state “denied to any of the male inhabitants of such state, being twenty-one years of age, and citizens of the United States.”

The Redstate article says the 19th and 26th amendment would expand that to women and those between 18 and 20. This does not seem to be the case as that part of the 14th amendment is not about guaranteeing rights, but only the conditions where the state’s representation is reduced.

The 14th also says representation would be diminished if the right to vote for “the executive and judicial officers of a state” were abridged. In Vermont, the legislature is choosing the Governor because no one got above 50%. Similar schemes used to exist in Georgia. In neither case is the legislature barred from choosing the 2nd place person, thus negating the vote of the people. Was Georgia denies representation? Is Vermont being denied representation? What about cases when down ticket executive offices cease to become elected offices (As happened in Florida)… was Florida’s representation reduced?

Returning to electoral votes, in Florida in 2000, the lower house voted to allocate Florida’s electoral votes to Bush, and the state Senate was poised to do so if the court challenges did not go well.

I hate to say it, but the stopped clock Yglesias seems correct, while RedState seems to have it wrong… in least this regard.

This entry was posted in Progressives and tagged FacePalm, FAIL. Bookmark the permalink.