The Left oft use children to advance their agenda, and even to spy on their own parents.  Now, however, we see the command to engage in “social justice” spouted directly by the self-declared Essenführerin Michelle Obama:

“[O]ur laws may no longer separate us based on our skin color, but nothing in the Constitution says we have to eat together in the lunchroom, or live together in the same neighborhoods,” she said. “There’s no court case against believing in stereotypes or thinking that certain kinds of hateful jokes or comments are funny.”

Thus, the command to enforce the Politically Correct will of the state on family.  Children, even those fully grown are thus commanded to correct incorrect thinking and to push “correct” thinking on others.  It would seem that her “healthy lunch” shtick isn’t enough; absolute power corrupting absolutely and all that… 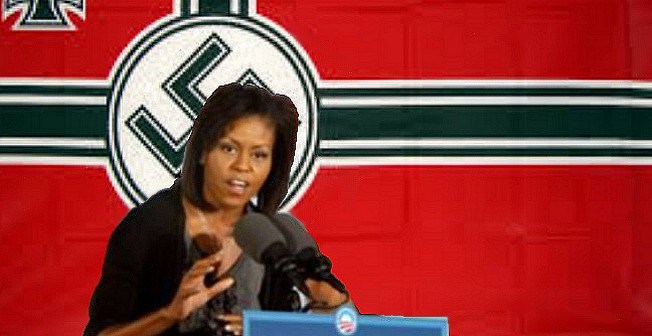 To the Left, your only worth is as a tool of the Progressive movement.

Don’t worry, they like to tread on (almost) all “special snowflakes” equally…