Elected officials of a state are bound by their state’s Constitution.  It is usurpation when they arbitrarily and capriciously decide to conspire to destroy some provisions, while protecting illegal statutes!

Proposition 8, which defined marriage as a union between a man and a woman was struck down by a Federal judge, and due to both Governor Moonbeam and Attorney General Kamala Harris refusing to defend the California Constitution, the ruling of a biased judge was upheld by the Supreme Court of the United States.

This provided a blueprint for elected officials to overturn the restraints and obligations they do not care fore.  This has recently been shown to be the case when GOP Gov. Brian Sandoval and Attorney General Catherine Cortez Masto refused to defend their own state Constitution, despite the fact that same-sex marriage would have likely been the law of the land through completely constitutional means within a few years.

There is no provision of the United State Constitution which overrules the California Constitution, or the Nevada Constitution, on this point.  Yet, these Attorneys General conspired with their Governors’ and a willing judge to eliminate these provisions without consent of the people, and while denying the people a right to appeal the law of the land according to their state Constitution.

Yet Gerechtigkeit Führer Kamala Harris does not consistently lay down and take whatever a Federal Judge decrees, as the recent ruling regarding concealed weapons permits by a Federal judge demonstrates.

The 9th circuit Court of Appeals declared the requirement that a person seeking a concealed weapons permit show “good cause” to exercise their inalienable 2nd Amendment right.  Despite the fact that this did not involve overthrowing the will of the Californians via the invalidation of a state Constitutional provision repeatedly approved by the people of California, which Harris seemed all spiffy with, she has decided to fight this ruling and re-impose a restraint which a Federal court has declared Unconstitutional. 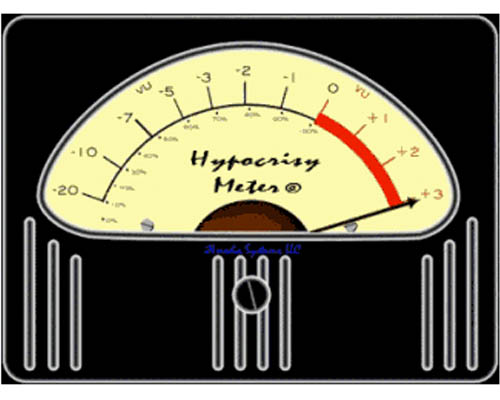 Why the double standard?  A single biased judge was allowed to overthrow the state Constitutional provisions regarding marriage, with Harris’ and Gov. Moonbeam’s acquiescence.  Yet, despite the state Constitution not being voided, and just restrictions imposed by a county, Harris’ has found the willpower to challenge not just a single Federal Judge, but the 9th circuit itself!

To put it blunty, Harris is clearly believes that the only law is the Progressive utopia that mentally deluded individuals like her believe must be imposed on others.

If they like it, it is law.  If they don’t, it is not.  It doesn’t matter what the hoi polloi believe or want.  It is the will of the elites that is enforced.

The Rule of Law is dead.