Tears of Unfathomable Sadness as UCLA

The UCLA undergraduate student association council (USAC) had a vote on demanding divestment from Israel.  It failed 5 to 7.  This resulted in a divestment activist having a full-on mental breakdown. 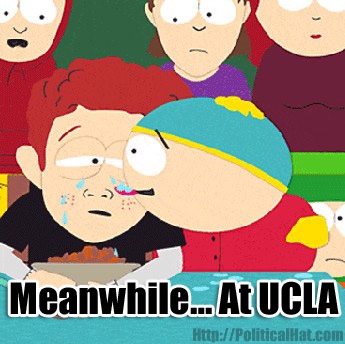 While UCLA would not have paid attention to the USAC vote, it is nonetheless surprising that they would vote against divestment from Israel.

The sober, and appropriate, response to this:

PJ Media goes further and notes the wisdom of Conan the Barbarian:

In a more serious tone, UCLA alumnus Ben Shapiro was at the divestment vote and spoke forcefully against the measure:

Assuredly, though, this temporary sanity at USAC will pass…