The Second Time As Farce

Julius Caeser was assassinated because his dictatorship, in part, was seen as a grab for ultimate, and royal, power.  Augustus succeeded where Caeser did not because he kept the pretense of the Republic while consolidating power far in excess of what Caeser did.  Subsequently the Roman Emperors increasingly assumed absolute power, with Domitian being a textbook example of where this leads.

While there are many parallels between Ancient Rome (and it’s eventual decline and fall), and modern day America, the analogy is not perfect.  Though while history may not repeat, it does rhyme. 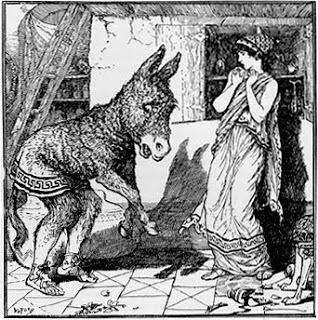 The exercise of arbitrary and capricious power by Barack Obama is manifest to everyone, excepting the lap dog media.  His most notable illegal suspension and delay of the law that he is mandated to follow has been with his signature legislation: Obamacare.  His actions have now reached to the threat of unilateral relaxation of sanctions on Iran — without consent or approval of Congress.

Obama does not feel bound by the law, for he believes his will is the law and is but a reflection of the will of the people.  He feels that he “isn’t really constrained because it is the people that constrain the government via elections, and since he was re-elected President, he is only constrained by the people’s choice of giving him power, which is really no constraint at all since it just constrains him to do what he wants, or at least what he deludes himself into believing what ‘the people’ want. “

Thus, under the guise of simply being the avatar for the Volonté Générale, Obama acts as if he has legitimacy.  But we are a Republic, with checks and balances.  We live under the rule of law where ” the law does not emanate from the government, but rather the law was already there and the government must be subject to it… [and] must obey the folk-right of inherited law that came from some where else.”

But the warnings to a once unshakable Republic were ignored once before, and sadly may very well happen again: The first time as tragedy; the second time as farce.