What Comes After Chivalry

Posted on February 5, 2014 by The Political Hat

In the United Kingdom, British campaigners are complaining about the derogatory view of women by boys, who apparently learn everything they know about women from pornography, and that boys should be “educated” to see things another way.

Of course, this ignores that girls themselves may engage in sexual and sexually related behavior all on their own.  However, there is validity to what the campaigners say, which is in effect:

“Teenage boys are learning about relationships through internet pornography and need to be taught about how to respect women through compulsory sex education lessons in schools, campaigners have warned.

“Boys are developing worrying sexual behaviours as a result of watching internet pornography, which is often sexually aggressive and easy to access, it has been claimed.”

Boys, and girls, used to already know this.  It was called chivalry and being a gentleman (or a lady).  It was taught by their parents through example.  It was expected in society.  But we have done away with that in the name of “women’s rights/equality.”  Chivalry was a code that socially restrained both men and women, but benefited then to a far greater degree.

Destroying that did not create a utopia of “equality,” but rather the sad situation we have today. In Philadelphia, thieves increasingly prey on women and even children, leading some women to openly ask “Where are our men? Why are they not protecting us?” To put it bluntly, Feminists wanted women to be treated no differently than a man, and now they’ve gotten their wish. 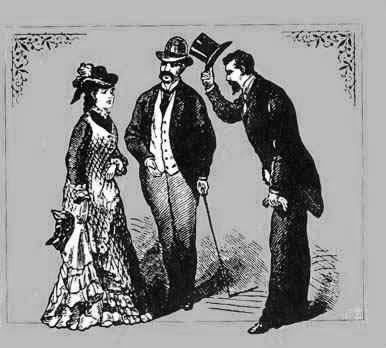 This entry was posted in Uncategorized and tagged Gender, War on Women. Bookmark the permalink.

2 Responses to What Comes After Chivalry