Christiana Figueres, the executive secretary of the UN Framework Convention on Climate Change, has declared that the paragon of ecological stewardship is none other than Communist China, because “China is also able to implement policies because its political system avoids some of the legislative hurdles seen in countries including the U.S.” Communist China, of course, is rather typical when it comes to communist regimes’ environmental records… 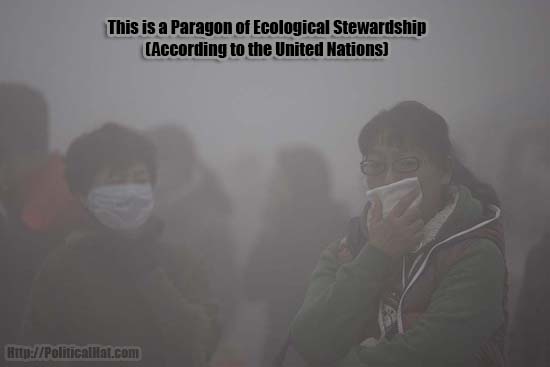 Some examples of their environmental success:

This entry was posted in Science, Uncategorized and tagged Communism, Energy, Leviathan. Bookmark the permalink.