Anti-Discrimination Laws – Except for White Men

Posted on December 5, 2013 by The Political Hat

The female CEO of Archie comics is being sued by male employees for gender discrimination after she repeatedly referred to them as “p*nis”. Her defense is simply that they couldn’t have been discriminated against because they are White men and that White men aren’t “a protected class.” 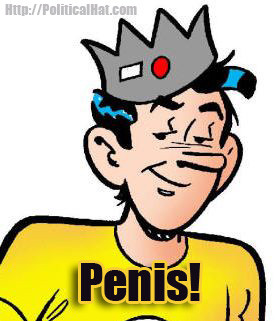 Recently, it was made during a Supreme Court hearing over Michigan’s ban on Affirmative Action, when a lawyer speaking against the ban declared:

“We ask this Court to uphold the Sixth Circuit decision to reaffirm the doctrine that’s expressed in Hunter-Seattle, and to bring the 14th Amendment back to its original purpose and meaning, which is to protect minority rights against a white majority, which did not occur in this case.”

Such thinking fits in with the idea that White males (who are probably also straight and “cis-gendered”) are always the oppressor and that those who are women, non-white, &c. are always the victims. Thus we arrive at a point where those who demand “equality” wish to treat people unequivocally unequally.

It also means that discrimination, harassment, and debasement is perfectly acceptable to people who hold this belief. The only problem is if it isn’t directed against the “correct” groups.