The Vanguard Against Duo-Normative Oppression

Looks like the traditional marriage supporters will likely be proven right, and the same-sex marriage supporters be proven liars:  California has now legalized having multiple parents.  Though this bill “does not apply to stepparents, grandparents, girlfriends or caretakers” (yet), it normalizes a polyamorous family structure.

While some on the Left may try to dismiss this as simply for “rare” occasions when having only two parents would “harm” the child, it was the establishment of domestic partnerships and adoptions by same-sex couples that normalized families with same-sex parents/legal guardians.  It was this normalization which was used as justification for overturning Caliofornia’s Prop. 8. 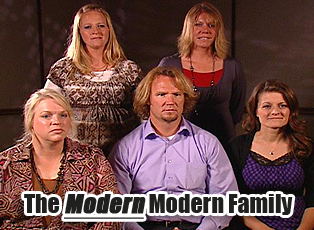 Is it really so crazy, at this point, that such recognition won’t be extended between blood relations?  Is it really ridiculous to ponder what redefinition will come next?

Soon, “duo-normative” values will be deemed “oppressive” and those who believe marriage is only between two consenting persons will be declared “H8ers.”

Those same-sex marriage supporters who scoffed at polygamy as being “sick” will probably escape this be declaring they were for it all along, but couldn’t speak out because of the fear of repression.  And then, they will insist that this time the comparison with what ever comes next is “sick”… at least for a while, that is.

2 Responses to The Vanguard Against Duo-Normative Oppression