The left have for years now had a rabid drive to “prove” that the Tea Party was “astoturf” (i.e. a fake grassroots movement) that they have fallen to peddling insane conspiracy theories.  In order to give the illusion of solid fact to these flights of fantasy, they have even gone to the lengths of publishing in a “peer reviewed” journal, “Tobacco Control.”

A professor at the University of California, San Fransisco’s Department of Medicine has published a paper entitled “‘To quarterback behind the scenes, third party efforts’: the tobacco industry and the Tea Party.”  It paints a dark conspiracy about how the Tea Party, as well as various anti-tax and small government groups, are somehow nothing more than schemes to protect “Big Tobacco” from the righteousness of the people. 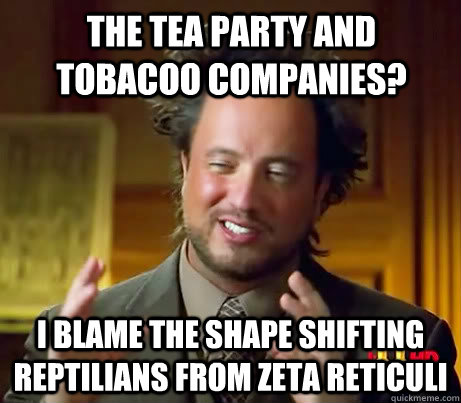 First, let us dispense with the notion that just because a journal is “peer reviewed” it somehow is a neutral scientific record of absolute accuracy.  Phrenology has its own journals (the American Phrenological Journal being a prominent example).  And with a title like “Tobacco Control,” they are not exactly neutral.

What are the “scientific” conclusions?  Simply that advocates for freedom are actually stooges of the tobacco companies:

“Rather than being a purely grassroots movement that spontaneously developed in 2009, the Tea Party has developed over time, in part through decades of work by the tobacco industry and other corporate interests. It is important for tobacco control advocates in the USA and internationally, to anticipate and counter Tea Party opposition to tobacco control policies and ensure that policymakers, the media and the public understand the longstanding connection between the tobacco industry, the Tea Party and its associated organisations.” 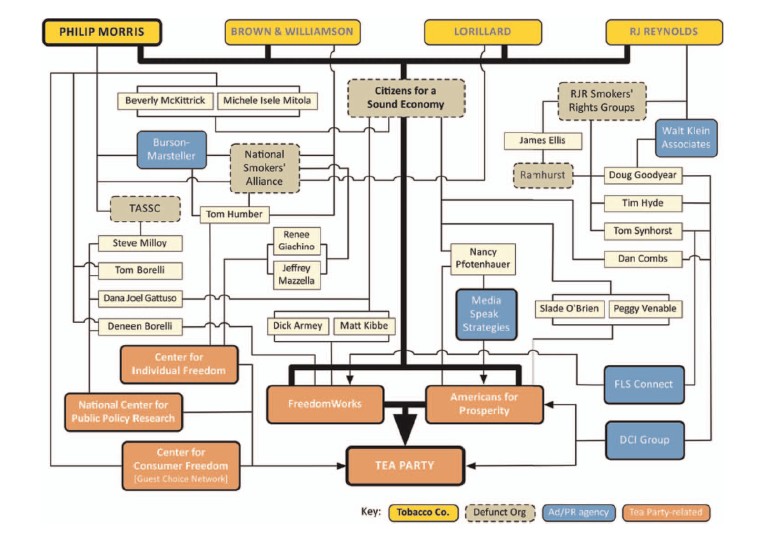 What? No mention of the Gnomes of Zurich?

Furthermore, they note that some of the campaigns to support the freedom to smoke used imagery of the Boston Tea Party!  Because, of course, any one who referenced that historical American event has to be conspiring together, right?  Why, some of the tobacco companies even wanted to create “a movement” that resembled what would decades later be the Tea Party.  Clearly, a dark forces must be involved if “freedom” is being promoted.

The tobacco companies also opposed higher taxes on tobacco.  Do you know who else opposes higher taxes, even taxes on tobacco (which hit the poor the hardest)?  That’s right, the Tea Party!  But they weren’t the only ones!  Citizens for a Sound Economy, their offshoots FreedomWorks and the Americans for Prosperity, the CATO institute, the American Enterprise Institute, Americans for Tax Reform, the Washington Legal Foundation, the American Legislative Exchange Council, the John Birch Society and the eeevil puppetmasters the Koch brothers are “industry partners” who serve to further “Big Tobacco’s” evil schemes.  Also, apparently Coca-Cola, Monsanto, and Wendy’s are also part of this conspiracy.

What is the proof of this entangling conspiracy?  CSE, FreedomWorks, AFP, the Koch Bros., and the Tea Party all oppose excessive regulation and excessive taxes.  Since the tobacco companies don’t like that either, they are generally affable and supporting of those shared goals.  Clearly for the conspiracy mongers, the only reason to oppose excessive regulations and taxes must be evil… and probably also involve aglets.

What else is evil according to these uncoverers of dark and evil conspiracies?  Opposing government healthcare.  Since both the tobacco companies (due to a new tobacco tax) and free-market oriented groups opposed it, it must mean they are in cahoots, right?  Other alliances that obviously must be sinister include opposing excessive OSHA and FDA regulations and opposition to the abuse of RICO lawsuits.  The cherry on top is the revelations that there were people who at one time worked for tobacco… that ended up supporting the Tea Party.  After all the only way that an industry that has employed hundreds of thousands of workers would have any worker who was favorable towards the Tea Party is if it was set-up by the illuminat… erm, “Big Tobacco.”

Thus we reach the obvious conclusion of this “study”: Freedom is an and evil conspiracy, and government is the only power that will save us from freedom… 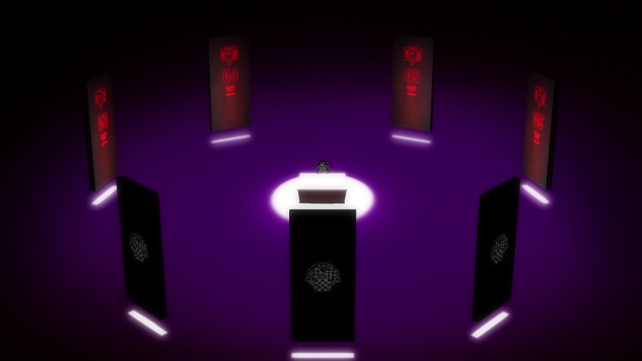 Meanwhile, at a Tea Party gathering...

This entry was posted in Healthcare, Science, Uncategorized and tagged FAIL, Science. Bookmark the permalink.