Isn’t This How The Movie “The Thing” Started? 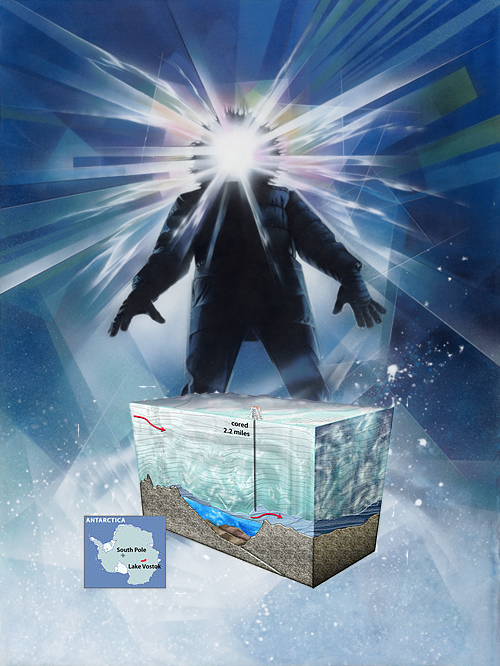 Russian scientists had discovered what they term “unclassified and unidentified” life in the Antarctic lake, Vostok. To whit:

“Vostok, Antarctica’s largest subglacial lake, is believed to have been sealed off from the outside world for millions of years, meaning any life within it has evolved in complete isolation.

“Sergei Bulat, of the St Petersburg Institute of Nuclear Physics, said: ‘After putting aside all possible elements of contamination, DNA was found that did not coincide with any of the well-known types in the global database … we are calling this life form unclassified and unidentified.’

“According to the BBC, one type of bacterial DNA was found which was less than 86 per cent similar to other known forms. A level of 90 per cent similarity is usually taken to mean the life form is unknown.”

Isn’t this how the movie “The Thing” started?

Of course, the Russian team is now claiming that the “alien” DNA are just “containments” and that no new life was actually discovered. This begs the question: Has anyone tested their blood with a flame heated piece of metal wire?

This entry was posted in Science, Uncategorized and tagged Science. Bookmark the permalink.