The Death or Rebirth of the Nation-State in Europe

The division and strife that the European Union was meant to abolish is rearing it ugly head in the coming years. Separatism has turned from local grievance to outright referenda on independence from various nation state in the EU. The only question is whether this will signal a shattering of the EU, or its ultimate consolidation.

Catalonia appears set to offer a referendum this year to the people of Catalonia on whether they wish to separate from Spain and become their own independent country. Catalonia, with its own distinct Romance language of Catalan, has been part of Spain, or its predecessor state Aragon since the 12th century. Despite this not being fully legal according to Spanish Law, the pro-Independence majority in the Catalan regional assembly is emboldened to push forward.

Unanimous consent amongst the European Union members is required to admit a new member. This would mean that Spain, minus Catalonia, would be able to block entry of Catalonia to the European Union. At this point, many might believe that to be not a bug, but a feature. However, this may spark other attempts to separate from Spain, including movements focused on Andalusia, the Basque country, Aragon, Galicia, Asturias, and the Canary Islands. 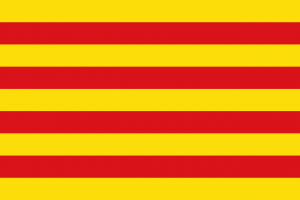 The spark of independence may not limit itself to just Spain, with independence and regional movements present across Europe.  While unanimous consent is formally required, this may not stop the Eurocrats from trying to strong-arm member states into accepting the new states and EU members. This also raised the possibility that the EU may declare that the original member country has ceased to exist, and thus require both parent and break-away state to apply for EU membership. This is a real possibility when it comes to Scottish independence. 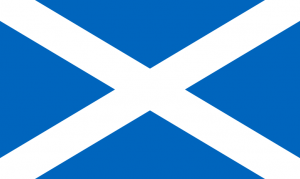 Scotland, under control of the Scottish Independence Party, is planning a referendum in 2014 on independence for Scotland. Unlike with Spain, Scotland was one half of an equal union with England, to form the United Kingdom. Though the Kingdom of Ireland was added to the union later on, the union of England and Scotland remain as the core, as one point of view states:

“The United Kingdom was formed in 1707 by the Treaty of Union between England and Scotland. Ireland was not added until 1800. If Scotland leaves the UK, there is no UK. It ceases to exist.

“The term “the rest of the UK” for what remains without Scotland is misleading. Wales was incorporated with England in 1536. England and Wales did not become a “United Kingdom”.

“If the UK breaks up, England also becomes an independent part of a former, not an existing, EU member state. Under the Vienna Convention, the “rest of the UK” would not automatically become the “successor state” to the UK.”

However, the Kingdom of Ireland was also unified into the single United Kingdom, and the United Kingdom remained despite most of Ireland becoming firs the Irish Free State, and then the Republic of Ireland. One difference between Ireland and Scotland is that Northern Ireland remains an integral part of the union, and is still represented on the Union Jack. The European Union may entertain the notion that the United Kingdom becomes dissolved, and could thus push England to rejoin the EU on terms that the EU dictates, despite this being contrary to the international precedent of Russia assuming the U.N. Security Council seat of the U.S.S.R.. Of course, the EU isn’t very much inclined to recognize that any such “England” even exists at present.

However if the U.K. can survive beyond 2015, than much of the debate over the future of the U.K. may end up being settled soon after the 2015 British Parliamentary elections due to British Prime Minister David Cameron promising an “In or Out” referendum on the U.K.’s membership in the EU. Considering the rising popularity of the U.K. Independence party and the success of Euro-skeptic parties in the U.K., Albion might just survive the European Union.

Ultimately the European Union faces to futures at present: Either regions will break away and remain outside of the EU, or the member nation states will shatter, allowing the European Union to gather the resulting small independent states into its sphere of dominion.

This entry was posted in Uncategorized and tagged Europe, Leviathan, UKIP. Bookmark the permalink.