Fighting Fascism Means Fighting Those Who Have Fought Against Fascism???

The death of George Floyd quite initially resulted in many on the Right condemning the actions of the police officer considered responsible for Floyd’s death, be that responsibility direct or indirect. Said officer has been arrested and is facing serious charges. To a sane individual, this is an indication that, so far, proper justice is taking its proper course.

However, a plethora of “peaceful protests” have invariably degenerated into looting, arson, and homicides of their own.

Guess who else was “anti-fascist”?

Irregardless of the fact that Stalin killed more people than Hitler, he isn’t as demonized as his once ally Hitler. For far too many, being against fascism was interchangable with being a far Left lunatic who couldn’t explain what Fascism was beyond some anti-Troskyite propaganda.

"Fighting fascism" by desecrating a memorial to those who sacrificed their lives to *literally* fight *literal* fascists… https://t.co/8adUYGDPFE 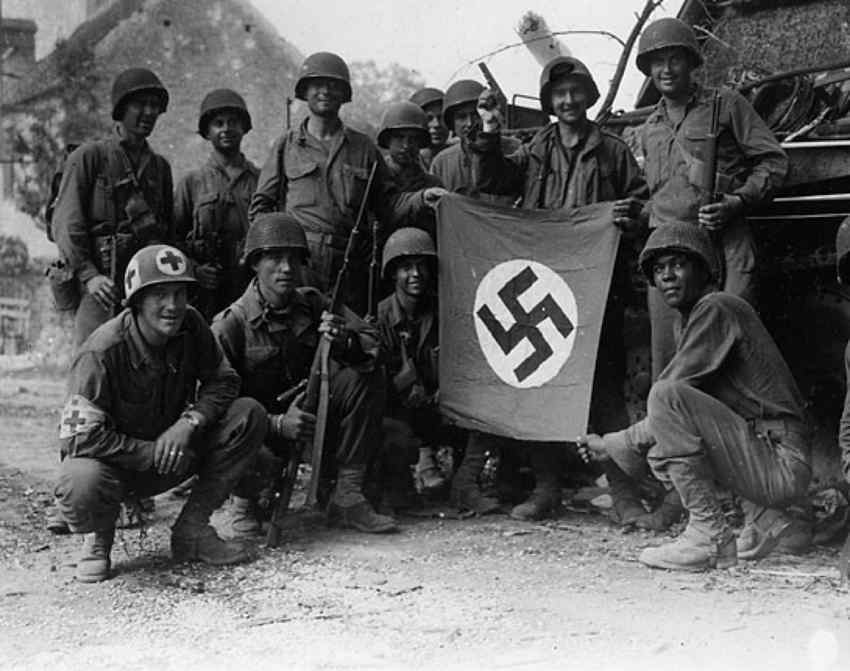 Fascists who literally fought against real fascists celebrating fascism by triumphing over literal fascism, or something…

These are scum that don’t give a damn about fascism just as long as they can liquidate certain people as a class.

One Response to Fighting Fascism Means Fighting Those Who Have Fought Against Fascism???