Open Season For Election Fraud In The Silver State

It’s just as hard to prove that election fraud doesn’t happen as it is to prove that it does, particularly when it becomes so easy to do. We are seeing this being unfurled in Nevada.

“Red flags are being raised about the all-mail voting system being used in Nevada’s most populous county ahead of the state’s June 9 primary election amid reports that thousands of ballots are being sent to inactive voters — fueling concerns about the possibility of voter fraud and ballot harvesting.

“Thousands of ballots have been sent out by the Clark County Election Department to inactive voters – those who have not voted in recent elections, a roster that can include people who either have moved or are deceased – and the envelopes are piling up in post office trays, outside apartment complexes and on community bulletin boards in and around Las Vegas.

“The excess ballots have drawn complaints from local residents, who worry that anyone could pick up a ballot off the street and cast a fraudulent vote, as well as from Republican Party officials in the state who see a nefarious motive behind the vote-by-mail system being employed by the Democrat-dominated Clark County Commission.” 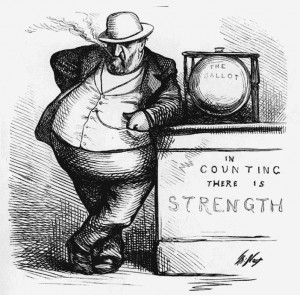 Inactive voters are likely those who are dead or have moved. And no, not sending ballots automatically to inactive voters isn’t disenfranchisement.

“Mailing ballots to inactive voters is of greater concern. It’s worth noting that “inactive” voters aren’t just those who didn’t vote in the most recent election. At the start of every federal election year, the Election Department mails voters a new registration card to help determine if they may have moved. If a card is returned because it is undeliverable or the recipient no longer resides at that address, the Election Department sends a forwardable postcard asking the voter to provide the new address. The voter is deemed inactive only if he or she doesn’t respond within 30 days.

“Inactive voters are inactive because they no longer live where the county has now agreed to send a ballot. ‘Based on past experience, at least 90 percent of (ballots mailed to inactive voters) will come back undeliverable,’ Loreno Portillo, Clark County’s assistant registrar of voters, said in a late April affidavit.”

The problem is that at many apartment complexes, ballots are piling up outside, free for anyone to grab, fill-out, and mail in to be counted, early and often. But what about signatures that don’t match? The Democrats are explicitly suing to eliminate signature verification! There would literally be no way to tell if a vote was actually cast by the person who cast it. And woe to those who had a ballot sent to them at a previous address that is sent in in addition to the voters legitimate ballot; worst case scenario the honest voter could be prosecuted for vote fraud!

To top all this off, there is a threat to sue the state of Nevada if they do not allow for ballot harvesting, a method that Democrats used to turn Orange County, California blue in 2018.

This would create the perfect storm for fraud: A plethora of legitimate ballots literally being tossed in to piles that anyone can take from, the elimination of signature requirements, and ballot harvesting.

Yes, you can’t prove fraud if the system protects all the ways one could commit fraud.

This entry was posted in Elections, Progressives and tagged Democrats, Nevada, NVLeg. Bookmark the permalink.