The County of San Diego seems to have solved all other possible problems within the county, because it is apparently so free to use its resources in a war against… popcorn provided by hardware and similar stores.

“‘They explained we didn’t have the proper permits,’ said Bob Meanley, whose shop had handed out 30 to 40 bags every day for about 25 years.

“To comply with the 1984 California Uniform Retail Food Facility Law, Meanley & Son would need to install a three-basin sink to clean and sterilize the popcorn popper. Also required: regular inspections, just like a restaurant.

“Meanley declined and instead rolled the offending machine into storage. Thus ended a tradition he had started 25 years ago.”

When you have to micromanage how a popcorn popper is cleaned to the point of requiring a three-basin sink, perhaps you have a bit too much regulation. 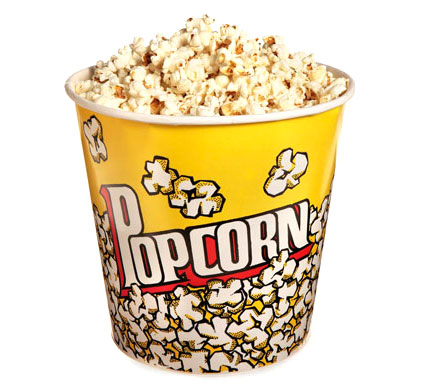 Was this motivated by food poisoning?

“[N]one of the hardware store proprietors contacted for this story had heard of customers falling ill after partaking of popcorn.”

This entry was posted in Progressives and tagged Economy, Leviathan, Mood Music. Bookmark the permalink.